US vs Iran: Soleimani’s successor, Ghaani reveals who will avenge killing of general 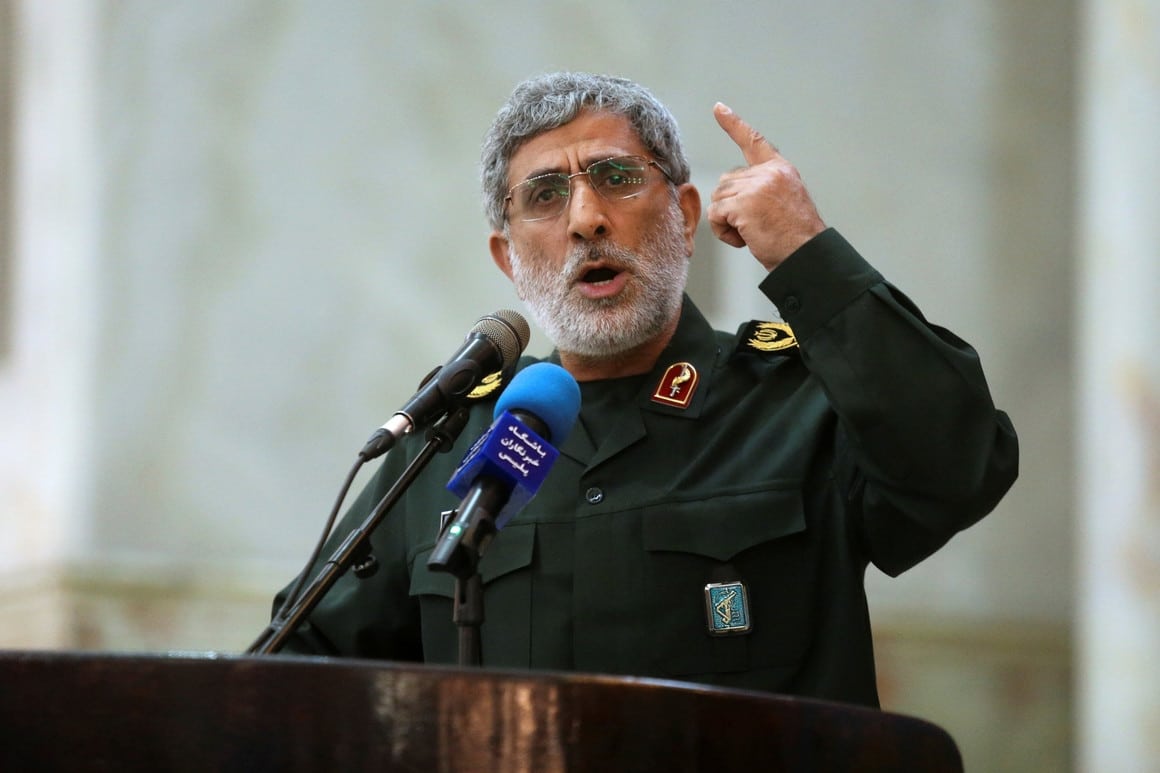 Esmail Ghaani, the new head of the Iranian Quds Force, on Monday warned of imminent revenge on the United States, US, following the death of General, Qassem Soleimani.

Ghaani, who succeeds Soleimani as head of Quds Force warned that God who is the main avenger will avenge the death of General Soleimani.

Speaking during the funeral of Soleimani in Tehran, the country’s capital, Ghaani insisted that “actions” will certainly be taken.

“God the Almighty has promised to get his revenge, and God is the main avenger, certainly actions will be taken,” Esmail Ghaani said.


A US-backed airstrike had killed Soleimani, who is the Revolutionary Guard General and head of the elite Quds Force, at Baghdad International Airport.

Soleimani’s killing had sparked rumours of a third world war likely to start between the US and Iran.