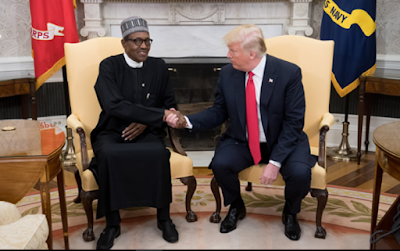 Data from the US travel and tourism office shows a 21 per cent drop in the number of Nigerians travelling to the country, the largest global drop-off in visitors to the US.

As of 2019 October, 34,000 fewer Nigerians travelled to the US compared to the previous year. After a sustained period of growth between 2011 and 2015, the number of Nigerian visitors to the US started to plateau in 2016 until the big drop-off last year.

The dip in Nigerian visitors to the US followed a string of visa clampdown measures by the Trump administration.

After indefinitely suspending its visa interview waiver for Nigerian applicants (the waiver allowed frequent travellers renew their visa without going through in-person interviews each time), the Trump administration also raised visa application fees for Nigerians by including additional “reciprocity fees” ranging from $80 to $303 depending on the class of visa. And even though the Nigerian government immediately slashed visa application fees for American applicants in a bid to get the US to reverse its price increase, the reciprocity fees remain in place.


The measures followed reports that the Trump administration was looking to impose visa restrictions on countries whose citizens have a track record of overstaying beyond the validity of their short-term US visas. As it turns out, Nigerians were the highest ranked African country for US visa overstays in 2018.

Even though official data confirms the effects of the measures, there were already warning signs the administration’s policies were having an adverse impact on potential travellers. The policies also spawned fear-fuelled rumours among locals as well: mid-last year, the United States embassy in Nigeria was forced to deny a widespread rumour that it had placed a ban on issuing student visas to Nigerians.

Despite the Trump administration’s policies, the US remains a popular destination for Nigerian students seeking foreign degrees as the economic impact of spending by Nigerian students studying in the United States reached $514 million over the past academic year.

The second largest drop was for visitors from Venezuela (17.7%). The South American country is in the midst of an economic and political crisis which has seen more than four million people flee the country and the US is restricting entry to Venezuelan migrants.