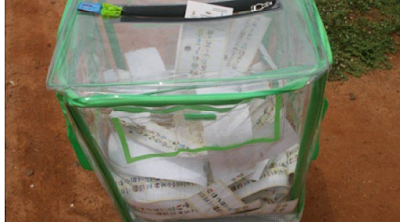 Results of the rerun elections across 11 states have started trickling in with mainly candidates of the All Progressives Congress (APC) and Peoples Democratic Party (PDP) emerging winners.

On Saturday, the Independent National Electoral Commission (INEC) conducted the rerun for 28 constituencies in both the national assembly and state houses of assembly.

In Bauchi, the PDP’s Auwal Jatau defeated his APC counterpart — who had been sacked — to emerge winner of the election for Zaki local government federal constituency.

Ahmed Kutama, the returning officer, announced that he got a total of 782 votes to defeat Umar Tata who garnered 401 votes. Both had 15,307 and 15,405 votes respectively in the initial poll.

In Kano, Abdulmumin Jibrin, who was declared winner of the initial election, also lost to his counterpart in the PDP.

Aliyu Detti Yako was declared winner of the rerun for Kiru/ Bebeji federal constituency with 48,601 votes while Jibrin polled 13,507 votes.

In Imo, the APC emerged victorious in Okigwe north federal constituency after Miriam Onuoha, its candidate, garnered 23,690 votes while Obinna Onwubuariri of the PDP got 10,010 votes.

The PDP candidate had been declared winner of the initial poll but the court sacked him and ordered a rerun in all the three council areas of the constituency.

Osunsanya polled 25,959 votes to defeat his closest rival, Taiwo Shote of the PDP, who scored 21,911 votes.

In Kaduna, both the APC and the PDP shared the spoil in the state constituency rerun elections.

The APC’s Nuhu Goro was declared the winner of the exercise for Kagarko state constituency seat with 24,658 votes to defeat Morondia Tanko of the PDP who got 20,206 votes.

For the second seat of Sanga constituency, Comfort Amwe of the PDP polled 19,815 votes to emerge winner while Haliru Dangana of the APC scored 19,688 votes.

In Abia, it was victory time for the All Progressives Grand Alliance (APGA) which won the two constituencies in which the rerun was conducted.

Obinna Ichita was declared winner of the Aba south state constituency with 4,634 votes, with the PDP’s Clinton Ebere trailing behind with 3,154 votes.

Mike Ukoha of APGA also won in the Arochukwu constituency rerun after polling 6,550 votes to defeat Eric Kalu of the PDP.

In Cross River, the APC took the national slot while the PDP went local; Alex Egbonna of the APC was declared winner of the Yakurr/Abi federal constituency rerun having polled 29,716 votes to defeat John Lebo of the PDP, who got 26,039 votes.

The PDP’s compensation came at the house of assembly where Davies Etta, its candidate, won the rerun for Abi constituency with 13,349 votes. Eyeng Iwqara of the APC trailed behind with 8, 792 votes.