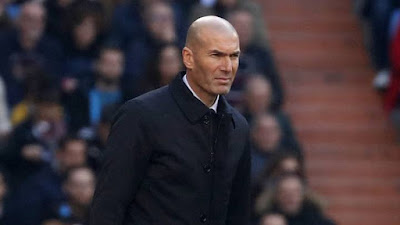 Real Madrid moved three points clear of champions Barcelona at the top of La Liga with a hard-earned victory against Sevilla at the Bernabeu.

Casemiro then headed in the eventual winner from a Lucas Vazquez cross.


Barcelona can return to the summit on goal difference when they host Granada on Sunday.

Visitors Sevilla, who remain fourth following the defeat, made a confident start as ex-Real boss Julen Lopetegui’s side looked to close to within two points of the top two.

De Jong was denied a first-half opener from a corner after a video assistant referee review showed Nemanja Gudelj had blocked Eder Militao as the Real defender attempted to follow De Jong’s run.

Real had to remain patient until Jovic’s assist for Casemiro provided the game’s first spark of creativity, but Sevilla responded just seven minutes later as De Jong converted brilliantly into the opposite corner from just inside the box.

They were unable to make Real sweat for too long, however, as Casemiro claimed his second and the hosts, crowned Spanish Super Cup champions last weekend, were able to hold on.