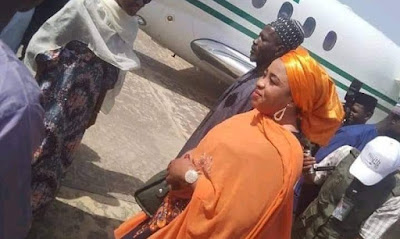 It is illegal for any member of President Muhammadu Buhari’s family to use the presidential jet for private purposes, activist-lawyer Femi Falana (SAN) has said.

He said such action is not backed by any extant law or official policy.

The lawyer urged President Buhari to stop members of his family from using any of the aircraft in the presidential fleet “with a view to cutting down on waste”.

Falana said: “A country that is said to be the headquarters of the greatest number of poverty-stricken people in the world cannot afford to waste billions of naira on the use of presidential aircraft and hiring of commercial jets by governors that are owing workers several months of unpaid salaries.”


In a statement yesterday in Lagos, titled: “President’s Children Are Not Authorised to Use Presidential Jets,” in reaction to reports that one of the daughters of President Buhari on January 10, 2020, reportedly travelled from Abuja to Bauchi in a presidential jet for a private engagement in breach of the official policy of the Federal Government.

Notwithstanding the public outrage that followed the use of the presidential jet by the President’s daughter, presidential spokesperson Garba Shehu reportedly defended the action, saying: “The normal practice in existence for a long time is that the presidential air fleet is available to the President and the first family and four others. These four are; the Vice-President, the Senate President the Speaker (of the House of Representatives) and any other person(s) authorised by the President.”

But Falana disagreed with Shehu, insisting that the Presidency should have apologised for the breach of the official policy of government on the matter.