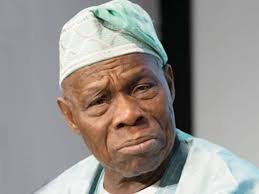 Former President Olusegun Obasanjo says the crashed marriage between his son, Olujuwon and the daughter of his friend, a prominent philanthropist, Chief Kesington Adebutu, has nothing to do with their friendship.

Obasanjo made the disclosure on Saturday in Abeokuta, two years after the marriage crumbled during the conferment of first honorary member on Adebutu at the 45th President’s party of Abeokuta Sports Club.

The children of the two prominent Nigerians got married in May 2017 but later broke up nearly one year later.

Obasanjo, who handled the conferment on Adebutu on behalf of the club, said their children got married of their own volition hence, he and his friend should not be made to pay for the consequence of the crashed marriage.


He said, “The honoree of today has rendered marvelous services to Egbaland. The Park Inn, which is the old Gateway Hotel, would have still remained in derelict if not for the services, commitment of the honoree.

“One thing you never said about him and I wonder why the citation left that out, you know not too long ago my son and your daughter on their own decided to get married but what happened to their marriage is between them, not between us.

“But Odole (his chieftaincy title) is our in-law and not just ordinary in-law but in-law from a distinguished family. Mama Ibeji on his right is from Ake, daughter of Toye Coker. On behalf of the grand patron, patron, vice patrons, President and all the officials and members of Abeokuta Club, and by the power conferred on me for this special occasion, I do confer honorary membership of Abeokuta Club on Odole Oodua, Sir Kesington Adebutu.”

President of Abeokuta Club, Tokunbo Odebunmi, in his speech described Adebutu as a philanthropist, saying he didn’t need to be introduced because of his immense contributions to the economy.

He said, “Adebutu is a man that needs no introduction judging by his immense contributions to the economic development of Egbaland and mankind in general and this honour is our own humble way of appreciating his numerous contributions in Egbaland.