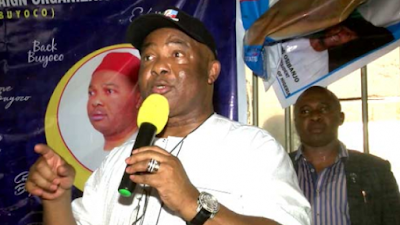 Hope Uzodinma, candidate of the All Progressives Congress (APC), says his stolen mandate has been recovered by the supreme court.

The supreme court sacked Emeka Ihedioha as governor of Imo and affirmed Uzodinma as winner of the March 9 election.

The Independent National Electoral Commission (INEC) had declared Ihedioha winner of the election but Uzodinma, who came fourth, challenged the outcome of the election in court.

In a unanimous decision on Tuesday, a seven-man panel held that Ihedioha did not win majority of votes cast in the election.

Kudirat Kekere-Ekun, the presiding judge, ordered INEC to withdraw the certificate of return issued to Ihedioha and give a fresh one to his APC rival.

Speaking through Declan Emelumba, his special adviser on media, Uzodinma said that the court had demonstrated bravery.