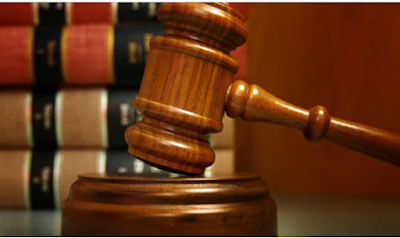 Kabiru Muhammad, the man who allegedly created a fake wedding video of President Muhammadu Buhari, has been granted a N1 million bail.

Peter Afunanya, spokesman of the Department of State Services (DSS), had announced the arrest of Muhammad on January 3.

The 32-year-old businessman was arraigned before a magistrate’s court in Kano  on Tuesday.

IB Bulus, counsel to the DSS, told the court that the defendant committed the offence on October 10, 2019, in Kano.

According to the prosecutor, the defendant falsely publicised a fake wedding ceremony meant to take place between President Muhammadu Buhari and Sadiya Umar-Farouq, minister of humanitarian affairs and disaster management.

Muhammad, who lives at Kurna Layin Magani Kano, was charged on a two-count charge of defamation and injurious falsehood.

Bulus urged the court to remand the defendant in DSS custody for seven days  pending the conclusion of investigation and to receive legal advice from ministry of justice Kano.

But T Edema, counsel to the defendant, objected to the remand of the defendant. He urged the court to grant the defendant bail, according to section 35 and 36 of 1999 constitution as amended and section 168 of the administration of criminal justice law of Kano state.

Aminu Gabari, the magistrate, held that the offence is bailable and granted the defendant bail in the sum of N1 million with two  sureties in like sum.

Gabari said one of the surety must be the chairman of Singer Market Association, while the second surety must be a civil servant grade level 15 or above.

He also asked the DSS to identify the permanent residence of both the defendant and sureties.

The judge also ordered the defendant to always report to the DSS office in Kano from 8am till 2pm every working day and 9:00am to 12:00p.m weekends.

The case was adjourned till February 5.