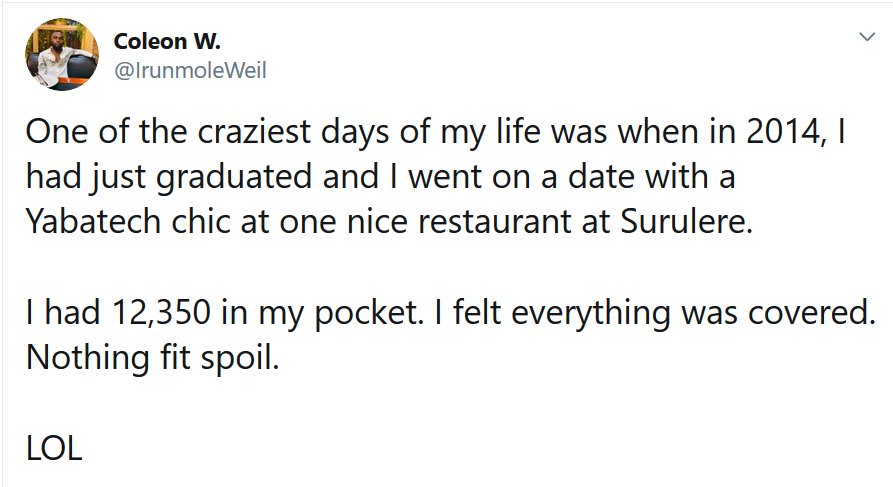 A Twitter user has given a hilarious narration of a disastrous date he had with a woman that made him block her number afterwards.

@IrunmoleWeil, who went to Madonna, said he took a Yabatech student out on a date but it ended with him having to call his friends to borrow money to pay the bill.

He narrated how the woman ordered way more than he could afford, even though she saw that he was ordering less to minimize cost.

When she noticed his attempts at scrimping, she mentioned to him that he attended Madonna and she heard that students of the school are all rich men's children.

When the bill eventually came, the Twitter user said he had to call friends to beg them to transfer money to him.

To make matters worse, when he took her back to Yaba, she asked him to buy things for her roommates.

He said he blocked her after the date. 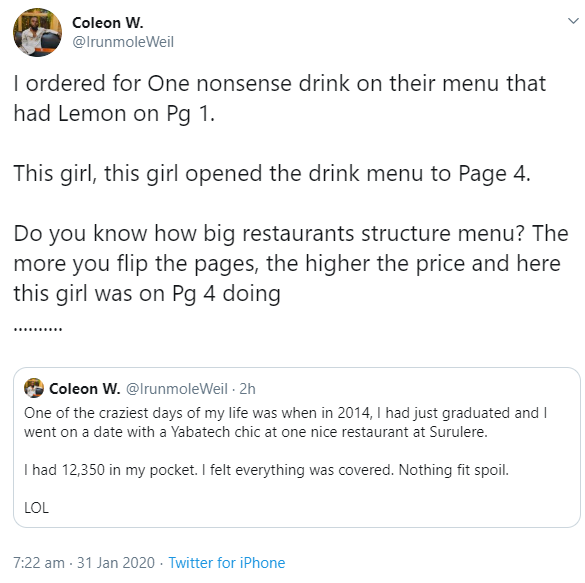 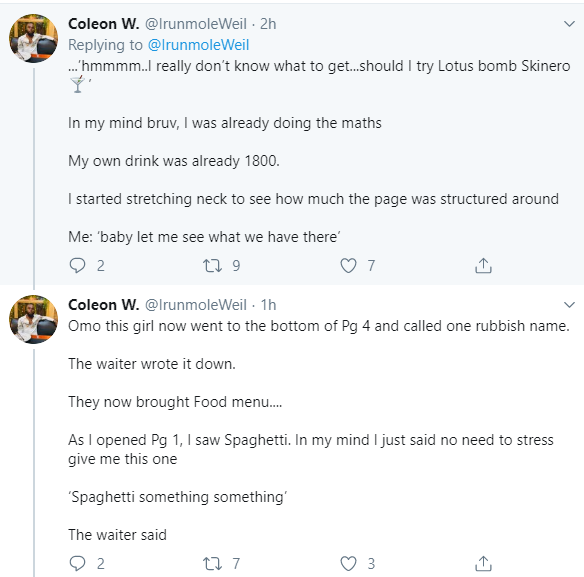 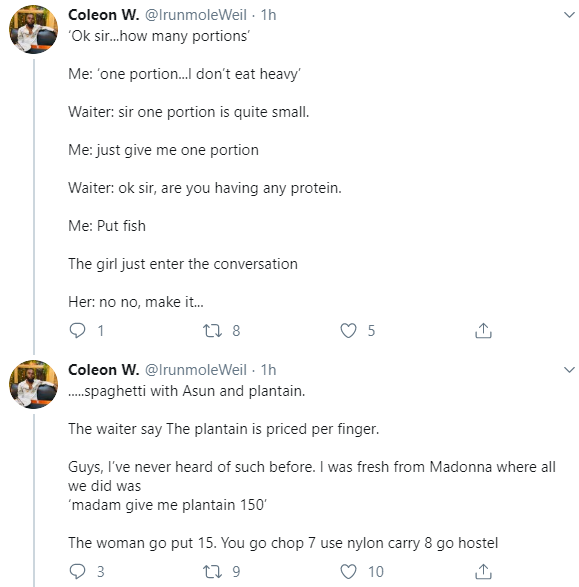 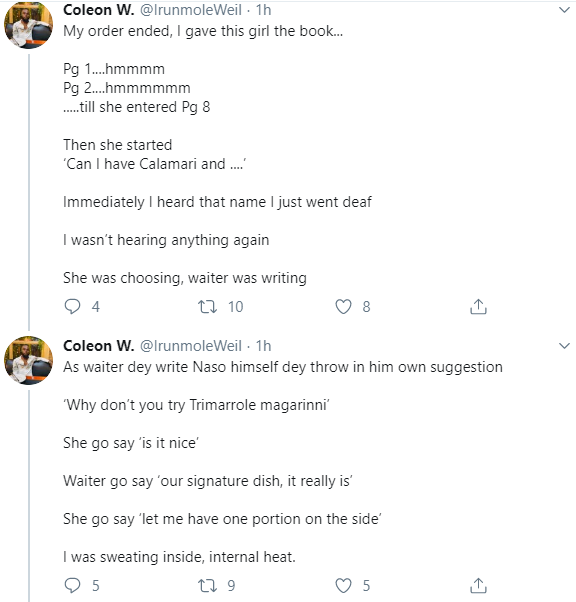 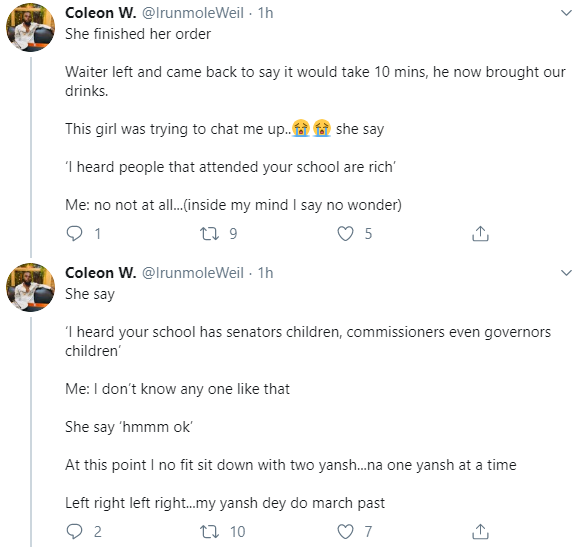 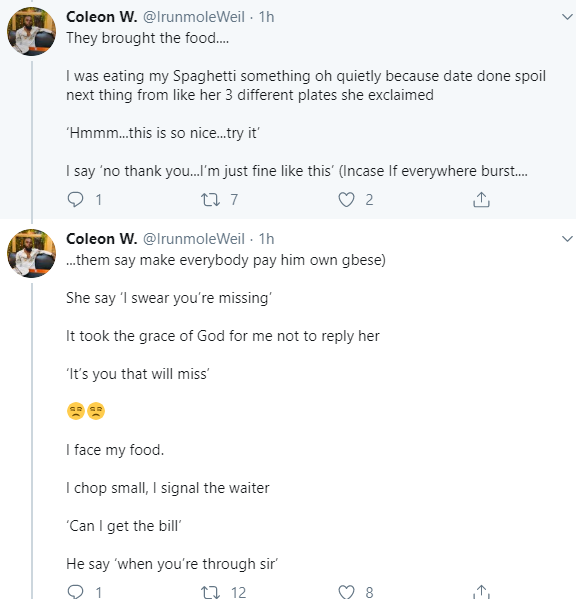 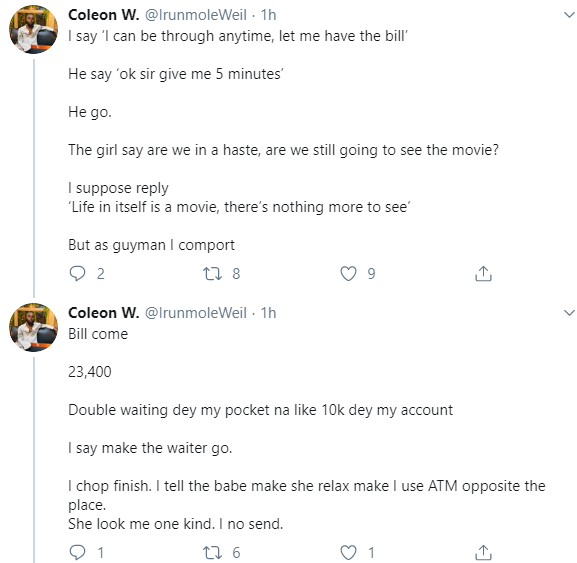 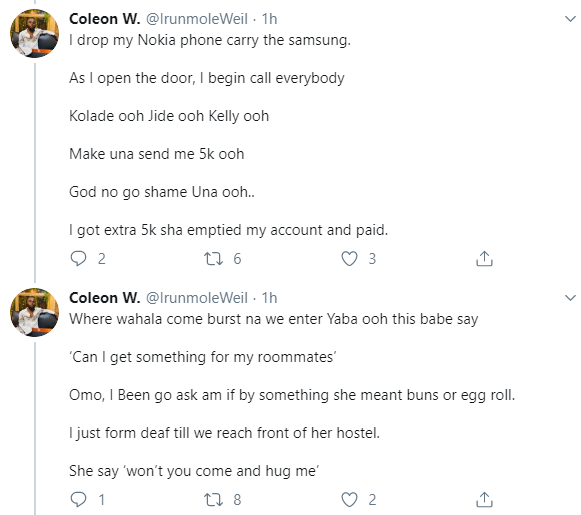