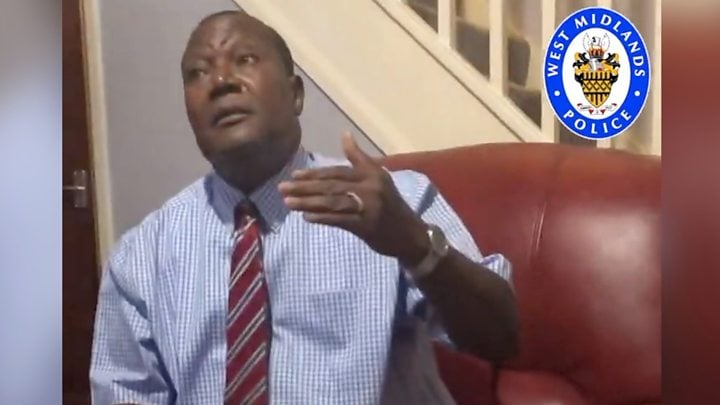 Michael Oluronbi, a UK-based Nigerian pastor, who was recently convicted of raping six young girls and a boy, says he’s “an animal and was not meant to be human”.

According to West Midland Police, Oluronbi targeted his victims over 20 years with help from Juliana Oluronbi, his wife.

The 60-year-old self-proclaimed pastor and pharmacist was convicted of 15 counts of rape, seven counts of indecent assault and two counts of sexual assault during last Friday’s ruling by a Birmingham crown court.


Oluronbi was said to often carry out such act under the guise of conducting “spiritual bathing,” which he said would “cleanse them of evil spirits.”

The court held that Oluronbi took some of his female victims who got pregnant after having sex with them to clinics for abortion, with a view of concealing his acts.

The Crown Prosecution Service (CPS) also disclosed that his victims “fell under the benign influence and authority the defendants held, and honestly believed their actions were on God’s behalf”.


The embattled clergy rued his evil acts in a confessional statement, blaming the devil for his acts. He also branded himself an “animal, not meant to be human.”
“Everything was just my fault, and as I said before, I was not meant to be human… I was not meant to live under the roof of any human being. And I said I was an animal,” he can be heard saying in the video clip while being grilled by one of the victims’ relative.
Phil Bradley QC, prosecutor, told the court that the pastor’s major purpose was achieving “sexual gratification” not “cleansing” as claimed.
‘The Crown’s case is that Mr Oluronbi used what he called ‘spiritual work’ as a subterfuge for that sexual abuse,” he told the jury.
“The main tactic he employed was to claim that God had instructed him to administer ‘holy baths’ to some of his congregation in order to ‘cleanse’ them and protect them from evil influences.
“That activity began when his victims were children. There can be no doubt that its real purpose was to serve his sexual gratification.”

Bradley went on to say that for some of the female victims the assault “progressed to repeated rapes, on many occasions leading to unwanted pregnancies and terminations.”
“You will learn that this man, who was revered and feared by his victims, kept a vice-like grip on many of them and continued to abuse them well into adulthood,” he added.
On his part, Nick Walton, the detective superintendent of West Midlands Police, said the pastor mostly got access to his young female victims after persuading their parents on the need to have “spiritual baths”.
“He convinced a number of children… that these can benefit them either religiously, from a health perspective, or educationally,” he said.
“They’d be taken upstairs to the bathroom, stripped naked, sometimes wearing a red girdle – like a sash – and he would wash them down.
“On occasion he would sexually assault them, but also take them to an adjacent bedroom and subject them to sexual assaults and rape.”
The offences began in 1989, after Oluronbi created a church group — an arm of Cherubim and Seraphim Church, a popular Christian movement in Nigeria — at a house in Winson Green, Birmingham.
He was arrested at Birmingham Airport in May last year, while trying to depart the country for Nigeria.
Oluronbi and his wife will be sentenced in February 2020.