How single mum married her rug in bizarre wedding ceremony 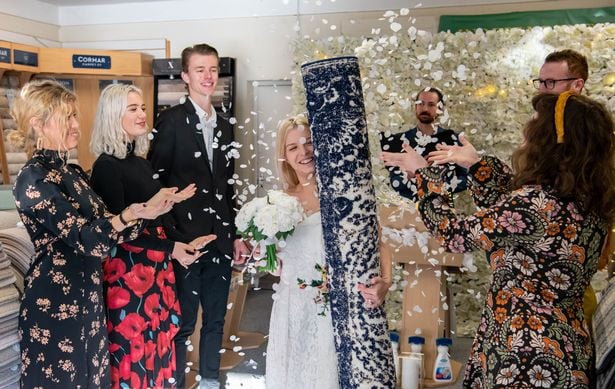 Bekki Cocks, a 26-year-old casino worker, took a bold, albeit strange step in December 2019, when she tied the knot with ‘Mat’, an inanimate object — which turns out to be her “favourite rug.”

According to The Sun UK, the single mother of two’s marriage to ‘Mat’ follows her growing bond for the rug ever since she purchased it.

Bekki was then encouraged by her friends to marry the rug after she had on “several occasions” told them how “obsessed” she was with ‘Mat’.

“I bought Mat about a year ago and I’ve been banging on about how much I love him to anyone who will listen ever since,” she was quoted as saying. 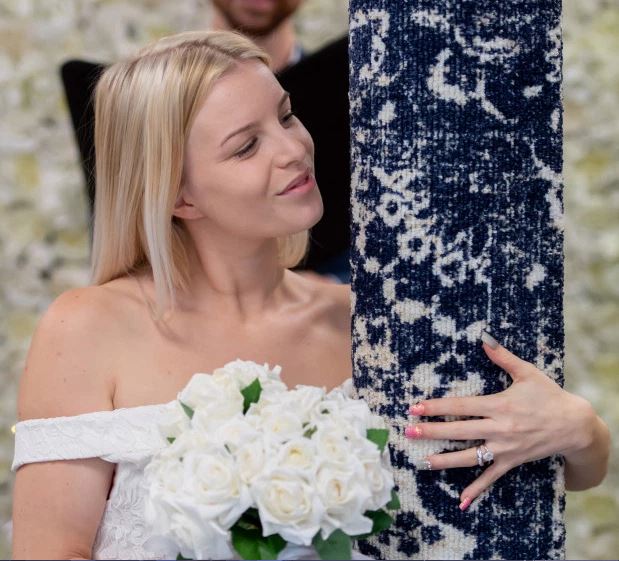 “It became a bit of a thing with my friends who used to joke ‘if you love Mat so much why don’t you marry him?’. I spend so much time looking after him – cleaning him and vacuuming him a couple of times every day and making sure he always looks his very best – I couldn’t imagine being without him now.

“I am a little obsessed with Mat. When the kids are in bed, I’ll often just lie down with him and tell him my most private thoughts.

“I’m a single mum, so he’s become a confidant and I always seem to be able to think things through properly when we’ve been together. So, a few months ago when one of my friends said I should marry him, I said ‘I will then’.

“It started as a bit of fun but I soon started looking into a service and eventually it became something I was determined to go through with. I couldn’t be happier – I’m really looking forward to spending Christmas with Mat. I’ve also promised that while I might step on Mat from time to time, I won’t ever walk all over him.”

Bekki, who was clad in a traditional all-white wedding dress during the intimate hour-long service, promised to love, honor and care for ‘Mat’ “till death us do part”.

“We’re gathered here today in a special place to celebrate a very momentous day for Becky and her husband to be Mat. The love this two have for one another is rare and unique, and clearly, they have been swept off their feet since they met. Take this ring, wear it always and know that I rug you,” said the officiating priest.

“Mat we assume by your silence that you also feel the same. May every joy and happiness be yours, may your love wax stronger. I know present mr and mrs AD 20 Wool Twist. You may now hug the rug.”