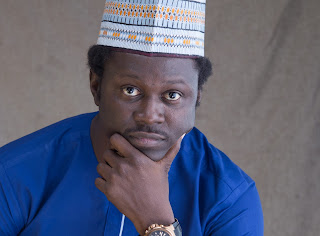 The member representing the Kaltungo/Shongom Federal Constituency in the House of Representatives, Dr Karu Elisha, has appointed 60 ward assistants in addition to the 20 already in his employment.

Elisha, who is the Deputy Chairman, House Committee on Human Rights, presented letters of appointment to the 60 beneficiaries at an event recently.

His Chief of Staff, Mr Langs Layelmenson, disclosed this in an interview with newsmen on Thursday.


According to him, out of the total number of 80 political appointees, five legislative aides will be paid by the government, while the others will be paid directly by the lawmaker.

Layelmenson said, “Three persons were picked per ward; a woman, a youth and an adult, totalling 60; and there are also student and community liaison officers.

“This will make room for a smooth flow of information. These people were screened by the party before the eventual announcement of their names. This has never been done in the history of Gombe State.”

He advised the appointees to be worthy ambassadors of the All Progressives Congress and what the lawmaker stood for.

The lawmaker’s representative quoted his boss as saying, “They are my nose and eyes in the communities; they should be able to report the challenges of the people by creating enabling environment to listen.

“It is my expectation that they will inform the constituents about my roles, responsibilities and projects that I am working on. We are going to welcome ideas that will empower our people,” he added.

The Head of Operations, Kaltungo/Shongom liaison office in Abuja, Mr Ulam Umar, who also spoke on the development said, “Karu Elisha knows that he was sent there to represent a certain group of people.

“Even though he is considered a leader, he intends to make many leaders out of them in his constituency by making them focal persons. By inaugurating ward assistants, he will know what exactly the challenges of the people are.”