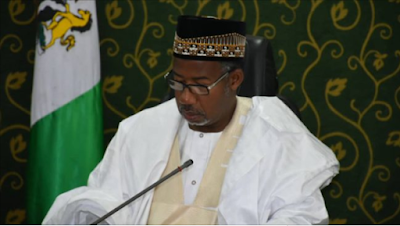 Some politicians in Bauchi state have begun to hold prayer sessions ahead of the supreme court judgement of Monday.

The apex court is expected to decide the appeal filed by Mohammed Abubakar of the All Progressives Congress (APC), challenging the victory of Bala Mohammed of the Peoples Democratic Party (PDP) in the 2019 governorship election in the state.

Less than 24 hours to the ruling, NAN is reporting that there is anxiety among the politicians and residents of the state.

Uba Nana, APC chairman in the state, said his party had embarked on a prayer session ahead of the verdict.

“We are reserving our comments until after the verdict on Monday; we have nothing much to say but I can tell you that we are very prayerful now,” the party chairman said.

“We are in prayers and hoping for a successful outcome at the Supreme Court on Monday.”

Also speaking, Yayanuwa Zainabari, publicity secretary of the PDP in the state, said his party had “absolute trust” in the supreme court.

“As it is now, the judiciary is the only hope of upholding the mandate given to Gov. Bala Mohammad by the people of Bauchi state,” Zainabari said.

“We have trust that the court would do justice in delivering its judgement; we have no fear at all and just as we won the election without rigging, by God’s grace, we will have course to celebrate.”

Kamal Abubakar, the state police public relations officers, said the command has put adequate measures in place to ensure that there is no break-down of law and order after the verdict.

He said security men in all strategic locations within the state have been placed on the alert.