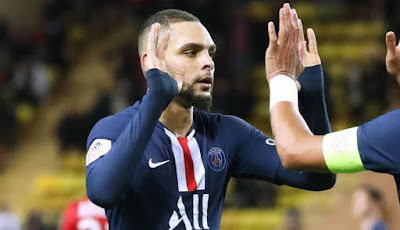 Arsenal is closing in on a deal to sign Paris Saint-Germain defender Layvin Kurzawa, Goal reports.

The Gunners are in talks with the Ligue 1 champions over a move for the France international left-back, who has just six months left of his current contract.

Discussions between the two clubs are at an advanced stage, with Arsenal hoping to take advantage of the fact Kurzawa will be available on a free transfer at the end of the season.