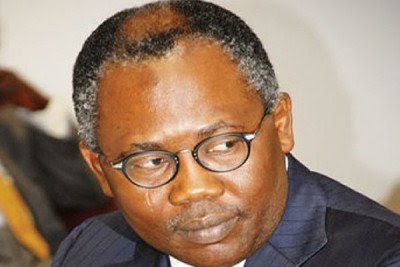 The immediate-past Attorney-General of the Federation and Minister of Justice, Mr Mohammed Adoke (SAN) has said he needs to be released from detention to enable him to attend to his failing health.

His plea was coming on the heels of the expiration order of the High Court of the Federal Capital Territory in Abuja permitting the Economic and Financial Crimes Commission to detain him for a period of 14 days.

The order expired on Friday.


The ex-AGF, who was arrested by the EFCC on returning from a four-year self-exile on December 19, 2019, is being investigated over his alleged role in the $1.1bn Oil scam.

The commission on December 20, 2019 obtained the first order of the FCT High Court permitting it to detain him for 14 days.

On January 2, the anti-graft agency obtained the second 14-day detention order which expired on Friday.

Meanwhile, in the series of affidavits which he filed along with his bail application before the court and obtained by newsmen on Friday, Adoke has denied EFCC’s fresh allegations of his involvement in the $9.6bn Process and Industrial Development judgment scam, and the Halliburton bribery case.

He added that he voluntarily returned to the country to face the Malabu Oil scam charges already instituted against him.

The EFCC opposed the bail application insisting in its counter-affidavit that the ex-AGF was forced to return to the country to face the charges already filed against him since 2016.

It added, “There is no evidence before the court to show the defendant/applicant has suffered a relapse from any of sicknesses again to entitle him to rely on ill-health as a ground for this application.”

Adding that the case against the ex-AGF was weighty, it said he was being investigated for other allegations apart from the Malabu Oil case.

The commission’s counter-affidavit said it had been “conducting several criminal investigations involving the defendant/applicant before he was arrested and transferred to Nigeria”.

It added that Adoke “has been implicated in ongoing criminal investigations involving Process and Industrial Developments Limited (P&ID BVI), Process and Industrial Developments (Nigeria), which has a financial implication of $9.6bn against Nigeria, Halliburton Energy Services Limited, Continental Transfert Technique Limited matter, etc for which he is being interrogated alongside that of Malabu Oil and Gas Limited.”

But Adoke, in a “further affidavit” filed in response to EFCC’s counter-affidavit, Adoke denied the allegations, described the fresh allegations as “fresh fishing expeditions”.

His counter-affidavit read, in part, “That contrary to paragraphs 4 and 5 of the complainant’s counter-affidavit, he knows as a fact that the applicant has not been charged with any offence involving Process and Industrial Developments Limited (P&ID BVI), Halliburton Energy Services Limited (Halliburton) and Continental Transfect Technique Limited. All these are fresh fishing expeditions by the complainant.”

The P&ID case involved the controversial $9.6bn award delivered in favour of the foreign firm and against Nigeria by a London court.

The award arose from an alleged breach of a 20-year Gas Supply Processing Agreement entered in in 2010 between P&ID and Nigeria, through the Ministry of Petroleum Resources.

While the Federal Government is currently taking legal steps to have the $9.6bn judgment overturned, it has said it believes that it was rooted in a fraudulent agreement made possible by the connivance between the P&ID and the Nigerian government officials, some of whom are being prosecuted by the Federal Government.

Earlier in 2009, KBR, a former subsidiary of Halliburton, agreed to pay $402m after admitting that it bribed Nigerian officials, and Halliburton paid $177m to settle allegations by the US Securities and Exchange Commission without admitting any wrongdoing.

In mid-December 2010, the case was settled when Nigeria agreed to drop the corruption charges against the company’s former boss, Dick Cheney (and former US Vice-President); and Halliburton in exchange for a $250m settlement.

Adoke also said “till date” he had “not been served with any of the charges alleged, even after Justice D. Z Senchi’s clear order of October 25, 2019” that he should first be served with the charges before the EFCC could apply for an arrest warrant to arrest him.

He added that contrary to EFCC’s claim that there was no proof for his illness, his medical report “reveals that he has high blood pressure that needs constant monitoring”.

“Both reports reflect the very poor state of health of the applicant for which he needs periodic medical check of a hospital with adequate facility to cater for him”, his further affidavit stated.
Adoke who went on a self-exile shortly after leaving office as the AGF in 2015, was in 2016, charged with offences relating to the $1.1bn Malabu Oil scam.

He returned to the country on December 19, 2019 and was immediately arrested by the EFCC over the Malabu Oil scam.

On December 20, 2019, the EFCC obtained an order of the FCT High Court permitting it to detain the ex-AGF for 14 days for further investigations.