REVEALED: Why NFF Delayed U23 Eagles Flight To 2016 Rio Olympics, 8 Hours Before Nigeria Vs Japan Match 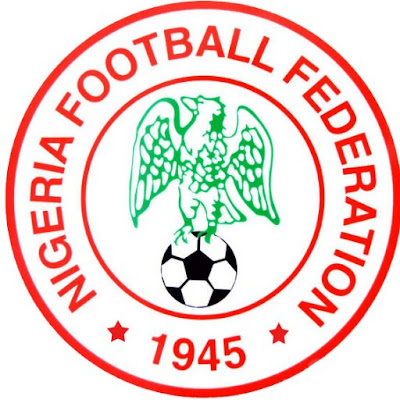 The immediate past minister of Youth and Sports Development, Barrister Solomon Dalung has revealed that the Nigeria Football Federation (NFF) tactically delayed the U23 Eagles’ flight from Atlanta to Rio because the federation wanted to extort $470,000 from the Sports Ministry as well as the federal government.

Solomon Dalung while speaking with BSN Sports in an exclusive interview in Abuja said that the NFF had told the ministry that they had to travel to America for camping for preparation ahead of the 2016 Olympics held in Brazil and that they had a sponsor who would take care of all the expenses.

In his words: “In 2016, the camping arrangement was made in such a way that the ministry was responsible for provision of training grounds and camping. All federations that qualified to participate in the 2016 Olympics agreed to use the provided training and camping facilities but the NFF said that they wanted to travel to Atlanta in US.

Dalung said that he stopped the ministry from paying the One hundred and seventy thousand dollars ($170,000) when he discovered that the federation wanted to extort the ministry hiding the pretence of being stranded.

“When they arrived Atlanta and they were about to depart for Rio. The ministry made an arrangement for tickets of all players and officials and contacted the NFF to provide the list of those who were in camp. They said they have an agent called Passion Jairo (whose contact was sent to me) that i should speak with him on the travelling arrangements. When I contacted him, he told me that it would cost $170,000 to convey the players and team officials from Atalanta to Rio in Brazil. Though, the amount was above the initial budget but I directed that the money be paid to him. However, at that moment, there have been media campaign that they were stranded in Atlanta.” Dalung added.

The former stated that an investigative Nigerian journalist based in the US revealed to him that the U23 Eagles were not stranded in Atlanta.

“Meanwhile, a investigative Nigerian journalist based in America, Mr Marthin Okonye, heard the news about their being stranded in America and went to their camp to investigate. When he got there, he discovered that the team were not stranded. Mr Okonye revealed to me that the NFF initial plan was to play friendly matches to raise funds. The FIFA Agent, according to the journalist, failed to get any warm up game for the Nigerian team and when that failed they wanted to hide under the disguise of being stranded to get money by all means from the Nigeria government. He also told me that they had an initial arrangements with Delta Airlines who offered to lift them for free.

With two days to the Nigeria versus Japan match, the news was everywhere that the U23 Eagles were stranded in America, then, a patriotic Nigerian businessman, Mr Yemi Idowu who is based in the USA arranged a jet to convey the Nigerian athletes and officials but the offer was turned down saying that the jet was small.

“It was at this point that a patriotic Nigerian business man, Mr Yemi Idowu called me that he can afford to get an aircraft to take the team to Rio. The gentleman said he will use his credit card to secure a 30-seater jet which supposed to cost Three hundred thousand dollars ($300,000) even when I told him that there was no money on ground.

Dalung explained further on how they rejected the 30-seater aircraft that was meant for the players and officials who were 25 but the number was increased to 35 because extra 10 people who are family and friends of the federation traveled with the team from Nigeria to Atlanta.

“After he had agreed to provide the jet, I told the NFF that an aircraft was available, they rejected the aircraft saying it was small and that it can not contained all the athletes. I was surprised because I knew that the number of the athletes and officials were 25 and the jet could contain 30 passengers. The NFF argued that said they were 35, I then advised that they should go with the 30 passengers while the remaining 5 people travel with commercial tickets, yet they refused to board the jet two days to their first match.

Meanwhile, when I insisted that the ministry will not pay the $170,000 if they can not board the jet provided by the Nigerian businessman, they then call the vice president, Prof. Yemi Osinbajo that the Nigerian national team was stranded.

“During this time, they have contacted the Vice President, Prof. Yemi Osinbajo that they were stranded and that the ministry had failed to provide them with neither aircraft nor flight ticket. And because of the embarrassment and emergency involved, the Vice president asked them the cost of the service of moving them from Atlanta to Brazil and they told him that it will cost $300,000.

“The VP then summoned the ministry of finance to make available $300,000. Afterwards, he realized that it was better to send an aircraft to convey the team to the venue of the competition. It was then that he (Osinbajo) decided to call me to find out what was happening and why the ministry failed to provide neither the flight tickets nor aircraft for the team.

“After I explained all that happened to the Vice president, I then told him that they were not stranded and sent the details of Mr Yemi Idowu’s jet to him, after he confirmed, the VP decided to stop the decision of sending aircraft or the $300,000 to the agent.

“After so much embarrassment to Nigeria, on the day of their first match against Japan in Rio, that the Delta Airline went to Atlanta to convey them to Brazil. The Nigerian U23 national team arrived the venue of the game eight hours to the match.

“I was even more surprised when their traveling agent called me and said I should send the $170,000 to him, thinking I don’t know that Delta Airline conveyed the team for free.” He concluded.