Why I can’t succeed as a politician – Pete Edochie reveals 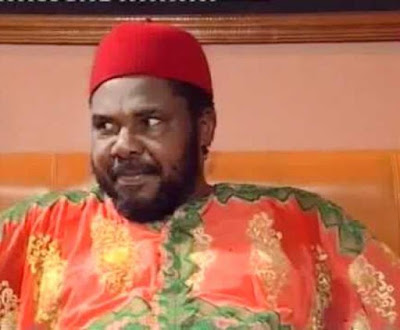 Veteran actor and broadcaster, Pete Edochie has said that he cannot be a politician. Edochie known for his incisive perspectives on national issues noted that with the kind of temperament he has, he cannot succeed as a politician.

“ I don’t like politics. Number one, the kind of temperament that I have, I can’t succeed as a politician. Why? I can’t lie to you. When we were in the elementary school, we were told that when 11 birds are perched on an electric pole, if you shoot one, the rest would fly away. In politics, they will tell that you ‘shoot one, the rest would remain’. I can’t be a politician, I just can’t be. You know, it will be difficult for me to lie to anybody. And my father told me never to lie, no matter the situation. And I have many sons, so, I have to raise them like that. I can’t lie”, he said in a chat with the newsmen.

Speaking further, Edochie revealed that Nollywood needs the support of the government to expand the dimensions of her operations.

“Nollywood is doing very well. But, you see, we require the goodwill and support of the government to expand the dimensions of our operations. In overseas countries, the government helps the people to project them through films. We are victimized in the country by religious conflicts; if it is the same God that created all of us, we should be able to do introspection and harmonize our differences and get ourselves together. It is only when the government shows commitment in financial terms that we can do something like that.


“If you go to a place like Dubai, the United Arab Emirate is a predominantly Muslim Emirate. But Dubai has become the economic capital of the world today, because they exposed themselves and the West moved in investments, but in our own case, we seem to be closing the country up. It doesn’t help for development; that is what I am saying. You see, at the risk of sounding immodest, I am very easily, the most celebrated name in the movie industry, internationally, nationally, name it, because by the time I did Things Fall Apart, there was nothing like Nollywood. The book written by Chinua Achebe has been translated into 53 languages. So, the film we shot has been undergoing translations in many languages, Chinese, Japanese, name them, and each time they see my face, they recognize me.

“Most times, I have been invited to some of those places but I am afraid of flying; I would abandon them. Today, I have reached a position to advise the government on the nature of films we should be shooting. I did a film with Genevieve Nnaji called Obiagu; it has been taken out of the country. Netflix bought it; Netflix had never bought any film from Nigeria, but I must say that Genevieve invested a lot of money in that production. All the cameramen were from Europe. And if you look at the people who starred in the production, nobody could be described as small or a child. I am the Obiagu; I am the main man. Then you have K.O.K, Zebrudaya and others; the truth is that there is no beginner there. You can see it in the film. The interpretation was fantastic. Who was my wife? Onyeka Onwenu. So, it worked. If the government shows commitment you can expand the movie industry to accommodate every segment of the society”