Who Advises Aisha Buhari – The Angry Matron Of The Villa? 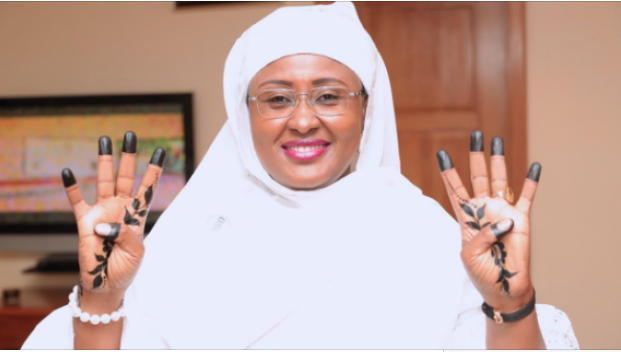 Jane Appleton Pierce, the wife of Franklin Pierce, 14th president of the United States, is perhaps, most remembered as the ‘’calamity first lady’’. She spent her years working against the political ambition of her husband. And when he eventually became president she still did not let up.

Is Aisha Buhari ‘’calamity first lady’’? Really, I ask because she appears to reveal all the dirty and soiled undergarments of Aso Villa to the chagrin of President Muhammadu Buhari.

In October, in the heat of the controversy effectuated by an interview granted by Fatima Mamman Daura, daughter of the ‘’cabal honcho’’ to sully Aisha, I expressed concern regarding the knotty problem the first lady was dealing with at the villa.

To me, it was clear Mamman Daura’s daughter leaked the video recording of Aisha in her most distressed state to embarrass her.

Also, I considered it duplicitous that the ‘’cabal’’ was in conflict with the First Lady and at the same time cozying up to the president and huddling in his kitchen.

I believe the president and his wife share intimacy by dint of marriage. She is naturally his biggest influencer; whispering sweet ‘’nothings and somethings’’ in his ear during pillow talk.

But as a matter of fact, Aisha is now coming off as an angry black first lady. Her concerns as regards her family affairs, may or may not be genuine, but she has become catty in handling them.

I advise Aisha, the matron of the villa, to take lessons in grace, temperance and carriage from Michelle Obama, former first lady of the US.

At the weekend, the First Lady accused presidential aides of not ‘’defending the government’’ enough.

According to her, ‘’aides are supposed to take action against the offenders, or to take action or to take charge or be in control, or caution people, they keep mute. But when it comes to unnecessary things, people will start talking from the presidency.”

I find this amusing. Aisha herself has been the biggest demarketer of the administration. I will give instances.

In May, the First Lady ridiculed the N500 billion social investment programme initiated by her husband’s government. She said it failed in the north.

“I was expecting the N500bn to be utilised in different methods in the north for the aim to be achieved. I don’t know the method they used, but most of the northern states do not get it. My state does not get it.’’

In October, 2016, Aisha said she might not support Buhari’s re-election — that he is a titular head being puppeteered by three people – the cabal.

In November at the National Islamic Council meeting in Abuja, she spared no verbal attack for anyone, cutting down every organ and institution of government with her tongue.

But is it the place of the First Lady to reprimand aides appointed by the president in the open? Do they report to her? Were they appointed by her?

I am really concerned. Does Aisha really know how government functions? Beyond her criticisms of the administration, which I must say resonate with me as a critic, she appears to be classically ignorant of the operations of government.

Really, Aisha has shaped up to be that lady of the manor who commands obedience by heckling, cursing and caterwauling.

I saw through the veneer of her hypocrisy when she spoke in support of the draconian social media bill. According to her, the first family ought to be protected from the irritations of social media.

She even reprimanded Lai Mohammed, minister of information, in public for not taking action on those she conceived to be offenders on social media. It was clear to me that her attacks, even on the administration, were for an insular end – not that she loved the people.

I advise Aisha, the matron of the villa, to take lessons in grace, temperance and carriage from Michelle Obama, former first lady of the US.

She could also choose to see a role model in the late Mariam Babangida.

*Fredrick Nwabufo is a writer and journalist. He is on Twitter as @FredrickNwabufo