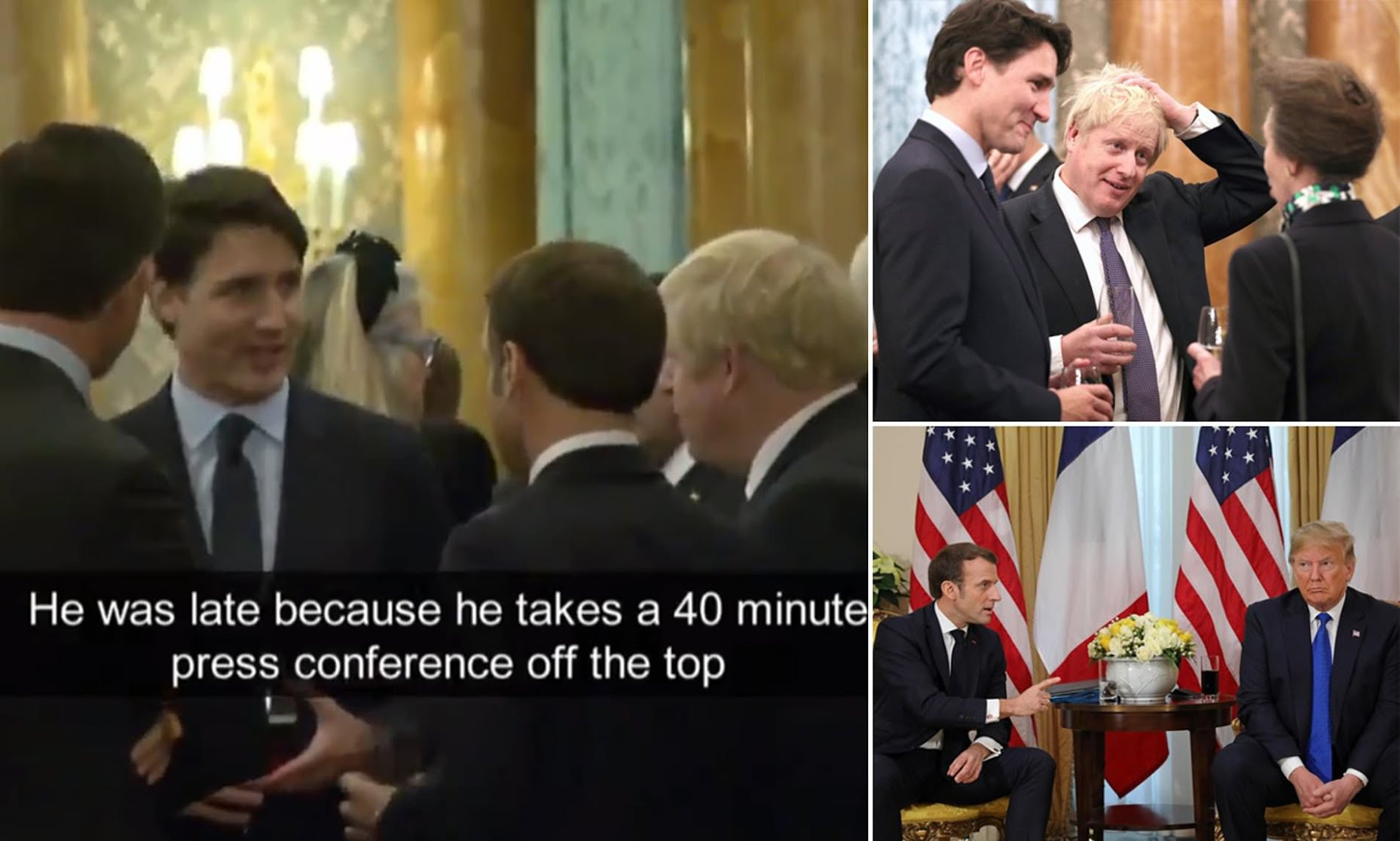 Although they did not mention US President Donald Trump, the references were pointed enough that Trump was the ‘him’ in focus.

Snippets of their conversation at the palace’s Green Drawing Room rose above the din and were captured in a short video that went viral late Tuesday after viewers surmised that the group appeared to be joking about President Trump’s performance earlier in the day.

“Is that why you were late?” a smiling Johnson asks Macron in the 25-second clip first shared by the Canadian Broadcasting Corp.
“He was late because he takes a 40-minute press conference off the top,” Trudeau chimes in.

After Trudeau’s comments, Macron can be seen replying inaudibly and gesturing.

“You just watched his team’s jaws drop to the floor,” an animated Trudeau later tells the group.


Washington Post reported that hours before the reception, Trump had turned what were “expected to be brief photo opportunities” with NATO Secretary General Jens Stoltenberg, Macron and Trudeau into “his own personal daytime cable show.”

During the one-on-one meetings, Trump clashed with Macron and needled Trudeau over Canada’s NATO spending. Macron even asked Trump to be serious over Trump’s exaggerated claims that the US had defeated ISIS in Syria. Macron said the claim is far from reality as ISIS has regrouped.