VIDEO: Cardi B jokes about Nigeria 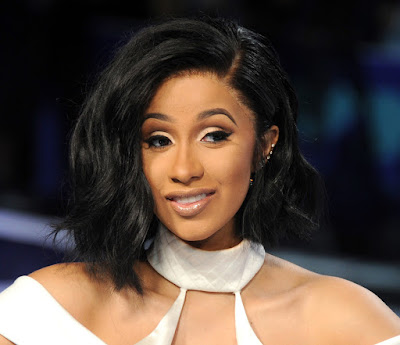 Celebrated American rapper, Cardi B upon arriving Nigeria shared a short video via her Instastory where she opened up on her first impression about the nation.


The stylish entertainer is in Nigeria ahead of Livespot X Festival taking place in Lagos.


Recall that back in February, the rapper became the first solo female artiste to win best rap album at the Grammy Award for her 2018 debut album, Invasion of Privacy.

Recognized by Forbes as one of the most influential female rappers of all time, Cardi B is known for her aggressive flow and candid lyrics, which have received widespread media coverage. Her numerous accolades include a Grammy Award, seven Billboard Music Awards, two Guinness World Records, 11 BET Hip Hop Awards, four American Music Awards and four MTV Video Music Awards. She is the highest-certified female rapper of all time on the RIAA’s Top Artists (Digital Singles) ranking, also appearing among the ten highest-certified female artists of all time. In 2018, Time included her on their annual list of the 100 most influential people in the world