Unpaid benefits, half salaries… demands of electricity union workers who went on strike 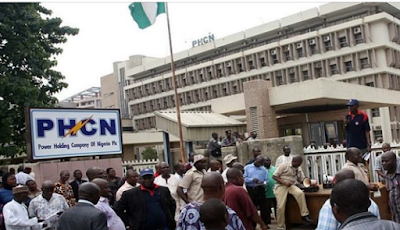 The unbundling of the Power Holding Company of Nigeria (PHCN) on November 1, 2013, marked the privatisation of the power sector. With the distribution and generation sub-sectors sold to core investors, thousands were retrenched while a few of the former PHCN workforce were retained.

This didn’t go down well with the electricity workers union who had opposed privatisation. They said the union was not carried along in the process. To worsen the situation, their members who were retrenched were denied their benefits.

Coupled with other challenges the members were facing in the industry, the National Union of Electricity Employees (NUEE) wrote letters to Saleh Mamman, minister of power, and other relevant authorities to have a dialogue in resolving the lingering issues in the sector. They issued a 21-day ultimatum for response.

But after the expiration of the ultimatum, the union embarked on industrial action which crippled the sector and plunged the country into darkness for hours.


We highlighted some of the demands of the union in this piece.

According to the union, over 2,000 of their members were affected by the unbundling of the PHCN; most of the entrenched workers have not collected their full entitlements since 2013. NUEE maintained that all efforts to get the government to resolve the issue of the terminal benefits of the ex-workers have ended in futility.

Aside the unpaid severance package on former workers, the union also accused the government of illegally transferring some of its properties to the private distribution companies during privatisation.

“Some of the unresolved issues are illegal transfer of union properties to power investors and the alleged refusal by some distribution companies (DisCos) to remit deducted contributory pension of their members of staff to pension managers,” Anthony Sule, assistant secretary general of NUEE, had said in a statement.

HALF SALARIES TO WORKERS

The union, in its memo, accused DisCos of paying half salaries to workers and other anti-labour practices such as casualisation/outsourcing of workers.

“Underpayment of over 50,000 ex-PHCN staff; payment of half salaries to workers by DISCOs, among other perceived unfair Labour practices,” the memo read.

“The following issues cutting across all facets of the sector are hereby highlighted for your information and necessary action. The problems created by Bureau for Public Enterprises, BPE, are BPE’s refusal to address and pay up over 2,000 disengaged Ex-PHCN staff since 2013.”

In October, members of the union had shut down the corporate head office of Kaduna Electricity Distribution Company over non-payment of outstanding salaries and non-remittance of deducted pensions to their pension fund administrations.

The strike embarked upon by the union was called off less than 24 hours following intervention of the federal government, according to Joe Ajaero, general secretary of NUEE. However, Ajaero said the union would down tools again if government did not fulfil its promise.