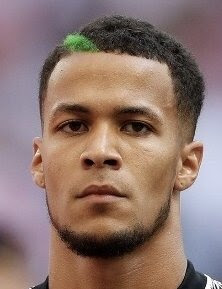 Speaking ahead of their Saturday Serie A 2-1 win against Cagliari, Gotti spoke of the team’s lack of form, adding that they will continue to trust Troost-Ekong.

Since his return from international duty with the Eagles, Troost-Ekong’s performance has been poor and has been questioned by the club’s fans following series of mistakes leading to Udinese conceding goals.

The Bianconeri have conceded 10 goals in their last five matches in the Italian top-flight, with the Nigerian at the heart of the defence.


The manager was asked by a reporter if the Eagles’ number 5 would be dropped or retained due to his current poor form, but Gotti responded saying Troost-Ekong needed his trust.

“The players are not all the same character, the coach’s sensitivity lies in finding the most suitable solution from time to time,” Gotti was quoted as saying by  Udinese’s official website.

“As far as Ekong is concerned, I think he still needs this trust.”

Troost-Ekong has made a total of 17 appearances this season for the Italian outfit with 16 of those played in the Serie A but he has yet to find the back of the net.