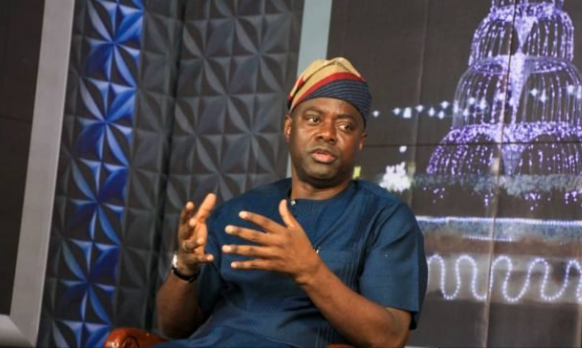 Seyi Makinde, governor of Oyo State, had his quarterly media chat in Ibadan, the state Capital, on Friday night, where he promised that the state workers will get a 13th-month salary on Dec 28, 2019.

Makinde’s government was said to have paid December salary on the 16th, to help civil servants prepare for Christmas.

We bring you the top seven issues Makinde addressed and what we recently learnt from the first media chat after his electoral victory was affirmed by the Supreme Court.

‘WE HAVEN’T BOUGHT A SINGLE OFFICIAL CAR’
Makinde told the residents of the state via the chat that he still uses his private car, and has not bought any car for any state official.

“When we started, Oyo State’s finances were in a bad state. At the moment, I still use my personal car. We have not bought any car for the officials, this will cost billions,” Makinde said.

‘OYSG DIDN’T SPEND 1 KOBO ON CHRISTMAS DECORATION’
For the first time in recent history, a good number of residents and visitors to Ibadan appreciate heavy Christmas decorations at Iwo Road, the major connecting road between traffic from Lagos to northern Nigeria, and many other parts of the state.

Makinde, however, stated that the decorations came at no cost to the state government.

“It was funded by the usual ‘Christmas gift’ to the governor, that was what we used to pay for the Christmas decorations so it cost government nothing.”

‘STREET TRADERS ARE BREADWINNERS, WE WON’T CHASE THEM’
Asked what his government will do to hawkers who roam the state to make a living, Makinde said some hawkers are breadwinners, and his government will not get them off the roads without alternatives.

“Street trading will not be eradicated overnight. some of them are breadwinners, and that is their main source of income. I agree it’s very dangerous. Our position is, we can’t chase them off the street without an alternative.

“The ones removed from Ojoo, were moved to the Akinyele trailer park. At scout camp, we reduced the rent for stalls and ordered installation of electricity, toilets etc. we have to be careful we don’t take away their means of livelihood without offering alternatives.

“Dealing with the issue of street trading requires careful planning and implementation by the government.”

‘WE WOULDN’T BECOME ANOTHER LAGOS’
Speaking on transportation, Makinde said Oyo will not become another Lagos.

“On transportation, we have been extremely lucky. We do have a good road network, we just need to maintain it. We need to attract more people to our state,” the governor said.

“I don’t see the current influx of people into Oyo State as a challenge; I see it as a huge opportunity to grow our economy. The dry port, rail network and the Circular Road are good opportunities to kick start the real estate sector.

“Yes, it will present a few challenges but there is an assurance it won’t turn to another Lagos. We will recreate infrastructure similar to Ikoyi but with value for money.”

‘OYO AND OSUN PLANNING LAUTECH DIVORCE’
Makinde said his government is in talks with the State of Osun government to have a divorce on the Ladoke Akintola University of Technology (LAUTECH).

“The term of reference is clear; to get a ‘divorce’ from Osun State regarding ownership. I believe the members of the committee are up to the task. We are not being unreasonable, we are negotiating with Osun on this. Not making unreasonable demands,” he added.

“Our stand on LAUTECH is in the interest of the parents, students and staff. We were given an overwhelming mandate by the people of Oyo State both in the gubernatorial and House of Assembly elections so we cannot claim lack of political will.”

‘ONE PRIMARY HEALTHCARE CENTRE PER WARD’
The billionaire governor and engineer said the state has about 600 primary healthcare centre (PHC) which are not fit for purpose, and his government is planning to have.

“There is stress on the General Hospitals because of lack of facilities in the PHCs. Oranyan PHC is the standard we will use for all PHCs in Oyo State. We have about 600 of them but most are not fit for purpose.

“I spoke to the people running it, instead of having 600, let’s rationalise them. We will start by ensuring 1 per ward is fully functional. We are working making healthcare insurance more effective, once this is completed, we will have more resources to deploy to address this.”

The governor also spoke on increased IGR, closing about 60 bank accounts operated by the last administration, and celebrating his birthday.

“Anywhere you are on Christmas day, please celebrate my birthday. Buy chicken and turkey and celebrate. We will be paying the 13th-month salary for civil/public servants by the 28th of December,” he said to the people.