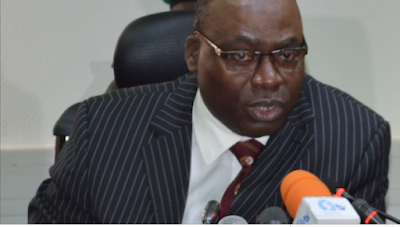 The house of representatives has summoned Bolaji Owasanoye, chairman of the Independent Corrupt Practices and Other Related Offences Commission (ICPC), over the agency’s allegation that some lawmakers embezzle funds for constituency projects.

The ICPC had in a report revealed how Nigerian lawmakers allegedly connive with government agencies to embezzle billions of naira meant for constituency projects.

The report, which tracked 424 projects from 2015–2018 zonal intervention projects between June and August, 2019, covered 12 states and the federal capital territory.

According to the ICPC, findings from the first phase of the tracking exercise contained in the report corroborate the “perception of average Nigerians that ZIPs have become a conduit for corruption”.

But speaking on the allegation, apparently outraged lawmakers said the claim could cause a sour relationship between them and their constituents.

While introducing the motion, Dyegh said despite their efforts, the allegation could also make legislators lose credibility in the eyes of the public.

He wondered why the ICPC chairman would allege what was “unverifiable” and asked members to invite the agency’s chairman to come clear himself before the house.

Idris Wase, deputy speaker, agreed that Owasanoye should be invited, and emphasised the “sanctity of the hallowed chambers”.

The motion was subsequently adopted and referred to the relevant committees of the house for further investigation.