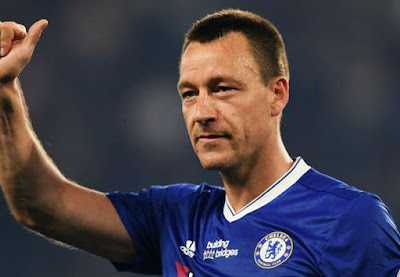 Terry was said to have attacked Minkey during the late-night row at the couple’s home in Chafford Hundred, near Grays, Essex, The Sun UK reports.

John Terry’s dad was arrested by police after Minkey begged neighbours to “get him away from me,” during the fight.

The Sun reports that the 42-year-old Minkey fled the street and was heard yelling, “He’s a psycho” and “Get him away from me.”


After begging neighbours to call the police, more than 12 officers arrived at the scene and a shirtless Terry was arrested in front of stunned onlookers.

He was allegedly seen struggling with officers and heard saying, “Go away” and “Do yourself a favour, leave it alone,” according to the newspaper.

It has also been reported that Terry was held in custody for 14 hours after his partner suffered a cut finger but was released without charge.

A source told The Sun: “She started screaming, ‘He’s a psycho’ and ‘Get him away from me’.”

John Terry current plies his trade at Aston Villa in the Premier League.