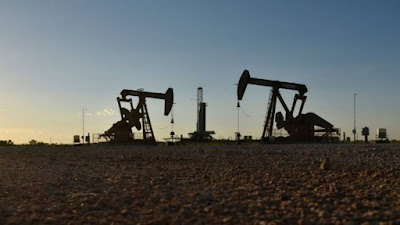 Oil prices rose on Tuesday in thin pre-Christmas trading after Russia’s energy minister said cooperation with OPEC to support the market would continue and as analysts forecast a second weekly decline in U.S. crude inventories.

OPEC, Russia and other producers that have linked up to curtail production and support prices will continue their cooperation as long as it is “effective and brings results”.

Cooperation with the Organisation of the Petroleum Exporting Countries (OPEC) would continue “until the market requires it,” Novak added.

OPEC and other producers agreed in November to extend and deepen output curbs in place since 2017.

The reduction of output could see as much as 2.1 million barrels per day (bpd) taken off the market, or about 2 per cent of global demand.

Still, OPEC needs to do more to balance out the market on a sustainable basis, Bjornar Tonhaugen, Head of oil market research at Rystad Energy, said in a note.

“The OPEC cuts did not fully solve the problem – instead they offer a light bandage to get through the first quarter of 2020,” said Tonhaugen.

He said that “Aafter that, we believe the market will begin to realise the looming oversupply.”

U.S. producers have been happy to fill any gaps in the market, pumping ever greater amounts of crude to reach a record high of around 13 million bpd in November.

That has helped swell inventories which have been stubbornly resistant to draw downs. U.S. stocks are up around 1 per cent this year.

Crude stocks are, however, expected to have fallen by about 1.8 million barrels last week, a second week of declines, according to a preliminary Reuters’ poll.

Still, gasoline stocks are expected to have risen for a seventh week in a row and distillate inventories are forecast to have gained for a fifth consecutive week.

The weekly government report on inventories has been delayed by two days due to Christmas. The report is normally released on Wednesday at 10:30 a.m. EST (1530 GMT).

On the trade front, an agreement between China and the United States on ending tit-for-tat tariff hikes appears to be on track, helping support oil prices. The agreement is due to be signed next month.

“On the Sino-U.S. trade front, progress seems apparent since the breakthrough, and the rosy mood has been maintained,” said Samuel Siew, investment analyst at Phillip Futures.