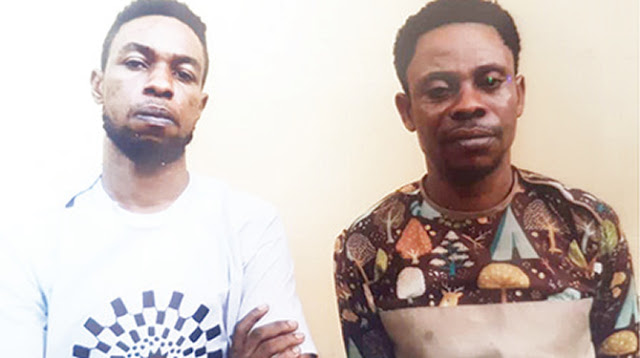 Personnel of the State Criminal Investigation and Intelligence Department of the Lagos State Police Command have arrested four suspects, including two pastors, for allegedly staging fake miracles to defraud unsuspecting members of the public in the Lekki and Epe areas of the state.

The alleged pastors, Favour David and Favour Chimobi, were said to have connived with Rukayat Folawewo and Bunmi Joshua to perpetrate the crime.

The state Police Public Relations Officer, Bala Elkana, said in a statement that the suspects specialised in procuring members for the Wonders Assembly Ministry, situated opposite the Lagos Business School on the Lekki-Epe Expressway in Ajah.

Elkana stated, “The command has arrested four suspects in Lekki/Epe area, who pose as pastors to conduct fake miracles, prophecies and testimonies for unsuspecting members of the public to collect money from them and engage in other dubious means of enriching themselves.

“On Friday, November 29, 2019, the command acted on an intelligence report by covert operatives of the SCIID, who monitored the activities of a fraudulent syndicate. A pastor, Favour David, who specialised in defrauding unsuspecting members of the public by procuring fake members for the Wonders Assembly Ministry, was arrested with two women, Rukayat Folawewo and Bunmi Joshua, who pretended to be members and were miraculously healed by the pastor after being involved in a car accident.

“While the other woman, Bunmi Joshua, gave fake testimony to church members that her son, who was deaf and dumb, could now hear and talk and was healed by another pastor, Favour Chimobi of the Elijah Ministry 9, Igirita Street, Port Harcourt, who works alongside Pastor David Favour.”

Elkana stated that during investigation, detectives found out that none of the stories and testimonies was true, adding that the suspects were arrested during a vigil.

In another development, the Commissioner of Police in the state, Hakeem Odumosu, has ordered that 50 suspects arrested for various crimes, such as murder, cultism and robbery, be prosecuted.

Elkana said, “In line with the directives of the Lagos State Commissioner of Police, Hakeem Odumosu, who has sensitised the management of the entire command and its personnel to his zero tolerance for human rights abuses, he has ordered the decongestion of all cells and formations across the state.