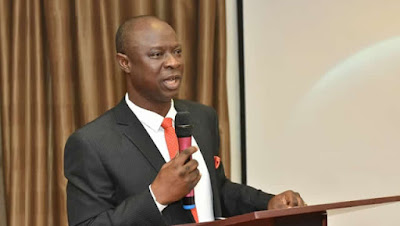 The Nigeria Employers’ Consultative Association has expressed worry over the rising inflation rate in the country.

The Director-General, NECA, Dr Timothy Olawale, noted that all subsets in the recent National Bureau of Statistics’ Consumer Price Index had increased.

He attributed the rising figures, most especially, the food index, to government’s decision to close the land border in an attempt to curb food smuggling.


Olawale cautioned on the correlation between the inflation rate and the Treasury Bills.

He warned that the T-Bills rate of about 7.8 per cent against  inflation rate of 11.85 per cent would send foreign investors out of the country and bring down the value of the local currency especially, since  the GDP posted only 2.28 per cent  in real terms in the third quarter.

The NECA DG pointed out that having warned of the implications of the Central Bank of Nigeria banning private individuals and local non-banking firms from buying short-term securities through Open market Operations, the current situation affirmed NECA’s projections.

He said, “The bond yield has dropped, occasioned by reduced liquidity in the T-Bills market and higher inflation. The CBN needs to review its policy on the ban. ”

On the implications of the rising inflation rate for the economy, the NECA DG said that it could lead to lull in economic activities and further decline in growth rate.

He said, “It is understandable in economic term that inflationary pressure leads to decline in savings, uncertainty about future price levels, which could discourage investments and likely lower capital formation in the economy.”