‘Millions of Nigerians at risk of heatwave’ 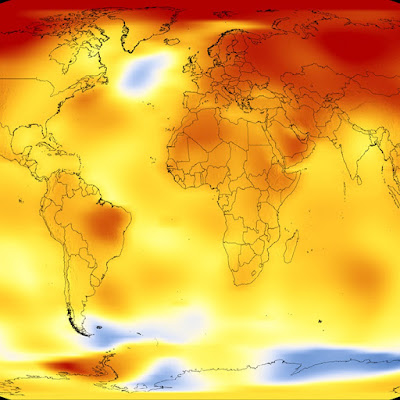 A new report on climate change and its effects on humans says millions of Nigerians are at risk of heatwave.

Nigeria has in recent times been experiencing extreme heat, with the Nigerian Meteorological Agency saying most parts of the country, including coastal areas, would be affected.

Sustainable Energy for All, an international organisation working with leaders in government and the private sector to drive action towards achievement of Sustainable Development Goal 7 on sustainable energy by 2030, said 1.05 billion people in poor rural and urban areas were now at risk from lack of access to cooling.

According to the report, the risk is particularly high across Nigeria, Angola, Benin, Burkina Faso, Djibouti, Guinea-Bissau, Liberia, Malawi, Mali, Mozambique, South Sudan and Togo, where more than 60 per cent of the population are at risk.

“This increase in risk seems to be driven by rapid urbanisation, drawing people from poor rural settings, placing more and more pressure on urban slums to support them, and a lack of electricity access gains,” the report said.

The Head of Energy Efficiency and Cooling at Sustainable Energy for All, Brian Dean, in an interview with the newsmen, said governments, industry and development finance had huge roles to play in reducing the risks.

He explained that in a warming world facing deadly impact from climate change, cooling should not be seen as a luxury.

“It is essential for public safety, public health, nutritious food supplies, and effective medicine. Delivering it sustainably is an issue of equity that will enable millions to escape poverty and realise the sustainable development goals,” he said.

Dean said the report, ‘Chilling prospects: Tracking sustainable cooling for all 2019’, had set out a series of action-oriented recommendations to allow policymakers, development financiers and industry to accelerate action on access to cooling.

He said, “Governments can actively promote regional collaboration and market integration that lower the costs of cooling services, while development finance can make solutions for the most vulnerable a central part of project preparation grants.

“Industry can take steps to ensure high efficiency cooling technologies are available at an affordable price, and advocate to government on the need for policy and regulatory measures that support this goal.”

He stated that individuals could also take steps to help themselves, by becoming aware of risks and the resources available in the event of extreme heat.

According to him, public cooling centres can be set up to provide refuge during extreme heat.

Speaking on Nigeria’s electricity challenges which could have negative impact on any efforts towards sustainable cooling, Dean said alternative approaches to cooling could be deployed.

He said, “There are alternative approaches that do not require energy, such as cool or white roofs, passive solutions like shading, insulation, and using vegetation and green space to reduce heat stress in cities.

“By encouraging a more efficient use of energy, these types of approaches can reduce risks and the demand for cooling, in turn reducing the strain on the electricity distribution at peak times and contributing to greater access to reliable energy.”

He said such alternatives would be particularly important in warm areas where energy access deficits were high.

According to Dean, public awareness is crucial to addressing the issue, adding that awareness of resources available to people during a heatwave can improve outcomes significantly.