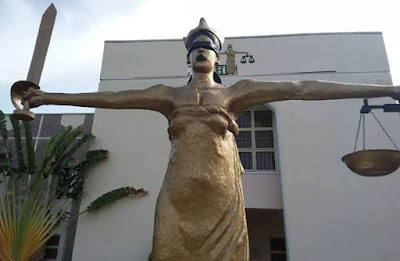 A certain 43-year old man, identified as Amarachi Chukwuneke has been remanded in KiriKiri correctional centre.

Mr Chukwuneke was detained for allegedly defiling his six-year-old daughter in his Festac town apartment.

The Prosecutor, ASP Benson Emuerhi told the court that the defendant committed the offence on November 4th 2019, at his residence when he was left alone with his daughter.


“The mother noticed that the girl always cry anytime she washes her private parts while bathing. She decided to take her to the hospital for a medical check-up and it was at the hospital that the child was confirmed to have been defiled.

“The case was reported at the police station and the father of the baby was arrested for questioning,’’ the prosecutor said.

The offence contravened Section 137 of the Criminal Law of Lagos State, 2015. However, plea of the defendant was not taken. The case has been adjourned to February 27th, 2020.