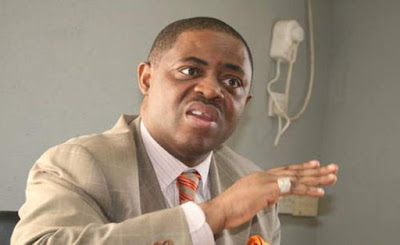 A chieftain of the Peoples Democratic Party, PDP, and social commentator, Femi Fani-Kayode, has criticised President Muhammadu Buhari over his reaction to Punch Newspaper’s editorial on Major General title.

We had earlier reported that in an editorial entitled “Buhari’s lawlessness: Our Stand”, Punch stated that it will “henceforth prefix Buhari’s name with his rank as a military dictator in the 80s ‘Major General’ and refer to his administration as a regime until they purge themselves of their insufferable contempt for the rule of law.

The newspaper made the decision while making reference to DSS non-compliance to court orders on trial of Omoyele Sowore, publisher of SaharaReporters; invasion of courtroom and trial of Shiites’ leader, Ibrahim El-Zakzaky amongst others.

Punch said its decision shows its protest against autocracy and military-style repression under Buhari’s administration.

However, in reaction to Punch’s decision, Femi Adesina, a Special Adviser to the President on Media and Publicity, said the newspaper’s decision to call Buhari ‘Major General’ is not out of order.

Adesina wrote: “If you decide to call him Major General, he wasn’t dashed the rank, he earned it. So, you are not completely out of order.

“The fact that you can do so is even another testimony to press freedom in Nigeria.”

Reacting to Adesina’s reation to Punch, Fani Kayode in a tweet on his official Twitter page on Wednesday wrote: “Whether he has earned the title of Major General or not the fact remains that the Punch has voiced the opinion of millions that your principal is a divisive, vicious, unstable, repressive, fascistic & dangerous tyrant who is unworthy of being called Mr. President. Suck on that!