It's true, we beat up Transport Minister, Amechi in Spain - IPOB boasts 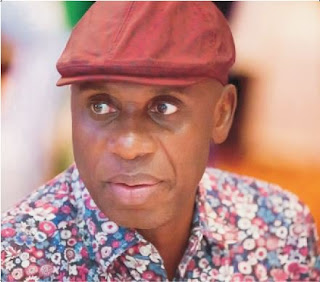 IPOB said the beating of the Minister by its members in Spain, was based on the standing order given by its leader Nazi Nnamdi Kanu, that some identified politicians, causing pains for the masses should be assaulted anywhere they are seen around the world.

In a statement issued on Friday evening by IPOB’s Media and Publicity Secretary, Emma Powerful, the group said “the order to assault and manhandle Nigerian Politicians has been given even before the attack on former deputy Senate President Dr Ike Ekweremadu in Nuremberg Germany.”

“Yes, IPOB beat Mr. Chibuike Amaechi, the Nigerian Minister of Transport base on the standing order given by our leader Mazi Nnamdi Kanu to reprimand those politicians who think they have power and therefore feel the cannot be touched. “IPOB Spain branch, precisely Madrid beat Minister of Transport Mr. Chibuike Amaechi in Spain. The order was there before the attack on former deputy Senate President Dr Ike Ekweremadu in Nuremberg Germany.

“IPOB is therefore, warning all those corrupt politicians who brought hardship to the people that we are waiting for them anywhere we meet or see them.

“We are telling the whole world why they must be dealt with because they are not sincere to the people, to the suffering citizens who are at the receiving end of their misrule and corrupt practices. “We are asking them to retrace their steps, otherwise, IPOB in the Diaspora will continue to treat their foolishness with beating anywhere they are found around the world.”