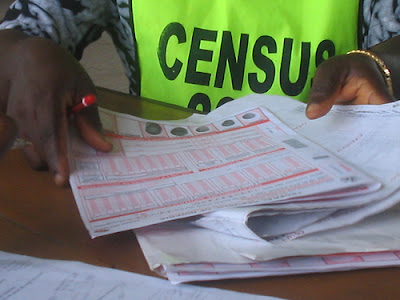 The House of Representatives has asked the federal government to immediately put in motion, preparation for the conduct of a comprehensive national census before the end of 2020, saying the exercise was long overdue.

The House said it is unfortunate that Nigeria has relied solely on projections by foreign bodies on her population figures for planning, adding that it was extremely important to conduct a new national census.

Moving the motion on the need to commence the exercise, Hon. Ademorin Kuye (APC, Lagos) described population census as an important national assignment because its figures are critical for national planning.

He said the lack of accurate data on the population of Nigeria has been affecting national planning and development at all levels and therefore asked the House to compel the National Population Commission to come up with a comprehensive timetable for the conduct of the census.


He explained that it was because of its importance that countries across the world carry out this exercise once every ten years, adding that without a census, and an accurate data of the number of people in a given country, no government can provide adequately for its citizens.

He said at the moment, the country’s population is predicated on projected figures provided by foreign organizations like the United Nations, thus making planning extremely difficult in the absence of a population census which the National Population Commission (NPC) would have conducted every ten (10) years, as is obtainable in other countries.

He said further that since the first census was held in Lagos in 1866, there had been a trend towards better planned and more reliable census exercises as subsequent census exercises, adding however that the 1952/1953 census was the first modern, national and carefully planned census in the country and the outcome was generally accepted.

Hon Kuye expressed concern that the last national census was conducted in 2006, adding that until it becomes mandatory to conduct census at given intervals like elections, Nigeria will continue to have delays in organizing national census.

He disclosed that it has become extremely important to conduct another census to ascertain the country’s actual population in order to do away with projected figures, a development that will enable the Government to plan better for the citizens.

He expressed concern that if adequate measures are not put in place to ensure that population census is conducted periodically, at least once every 10 years, Nigeria will be lacking in the statistical data of its citizens either politically or economically.

Hon. Kuye said further that in 2016, the World Bank estimated Nigeria’s population at 186 million, while the United Nations put the figures at 180 million with a growth rate of 2.7.

He said that in 2018, the National Assembly called for the postponement of the proposed 2018 population census on the ground that such an exercise, coming on the eve of the 2019 general elections, could end in chaos.

He acknowledged the fact that Nigeria was a dynamic economy with a large population which is expected to double in the next two decades, adding that the national census was therefore a pivotal and necessary tool for the growth of any emerging society.

The House resolved to ask the Federal Government to put an end to the uncertainties surrounding the nation’s actual population by putting in place necessary machineries to conduct the national census not later than 2020.