Chioma getting a lot of attention from Davido- Tiwa Savage 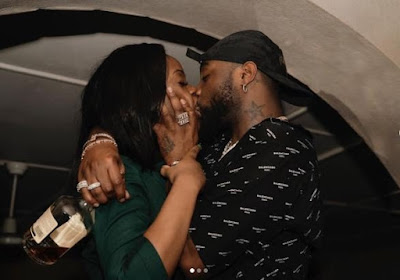 Nigerian Afro-pop queen, Tiwa Savage  has expressed her pleasure at the romantic relationship between Davido and Chioma, his fiancée.

Davido’s love story with Chioma has always been a subject matter that dominates discussions on social media.

Recall that  the  ‘OBO’ crooner had on Saturday night posted a picture of himself and Chioma kissing passionately, further leaving many tongues wagging on social media.


This was followed by a viral video of the lovebirds listening to ‘Attention’, Tiwa’s recently released song.

In the short video clip, Davido was seen dancing with Chioma, clutching her from behind and touching her occasionally.

Apparently touched by the growing bond between the two, Tiwa took to her social media page to praise Davido for dissipating so much attention on Chioma.

“Hmmm @thechefchi you are enjoying a lot of attention o. @davidoofficial well done o,” she wrote.