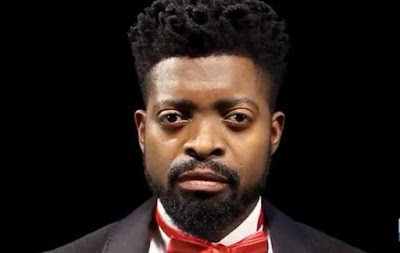 Popular comedian, Bright Okpocha a.k.a Basketmouth has apologized over a joke he shared on rape years ago.

The comedian took to his Instagram page on Monday, December 2, 2019, where he shared photos of the women who according to him are the most important people in his life.

“Almost every morning in the blogs, on the news, there’s a picture of a man sitting on the floor pleading, the caption is usually in the line of ‘its the devils’ handwork’ and the topic is from underage defilement, rape or brutality against a woman or minor. I live in this same world with my most prized possessions my wife, my two daughters, my sisters and women who have built me into the man I am.

“I was recently presented an opportunity to create awareness on the efforts of the EU to bring support to fighting this scourge, it was a no-brainer for me. I refused any compensation for it and volunteered to lend my voice because… it’s our fight, it’s not for the EU…its for my girls’ future. Unfortunately, a few years ago I shared up a Facebook post that I thought was shedding light through humor to the entitled crude and very present behavioral patterns of some African men who equate spending to sexual favors, but I also realized then that women actually have to face this daily and it’s harrowing and I deeply apologized for it,” he said.


He also thanked women for being who they are and for the sacrifices they make to support men.

“I sincerely pray that this does not take away from the most important fight of our lives….the fight to secure our future…because the girl child is our future. I strongly appreciate the EU for this amazing platform to improve our lot, as long as the message reaches the ears of those who need it, then it’s a win. To every woman – our mothers, sisters, lovers, wives, crowns, supporters, prayer partners, foundation, life…. thank you for being who you are. So many times you sacrifice who you are for a man to become who he wants to be. It’s time we all love and also support you as you do us….cos in your light, we all shine,” he concluded.

Recall that back in 2004, Basketmouth reportedly joked that after a second date with a woman and she is still not giving to sex, her partner should resort to rape.

Following the social media outrage, Basketmouth apologized for the insensitivity of the joke. back in 2014.

However, when Basketmouth was included as one of the influencers for European Union’s campaign on rape, Nigerians on social media noted that the comedian isn’t fit to be one of them, making reference to his 2014 joke.

The EU in a statement acknowledged the concerns raised, stressing that it further strengthens their resolve.

“We have been made aware of specific concerns regarding some of our influencers. We welcome the passionate engagement these conversations have evoked, which further strengthens our resolve to bring issues of sexual and gender based violence in our society to the fore.

“The #HerStoryOurStory campaign is hinged on one of the core principles of the EU, which is Zero Tolerance for all forms of abuse against women. The campaign is one component of a wider engagement with stakeholders including institutions, civil society and ordinary citizens who are working on the front lines to completely eliminate sexual and gender based violence in Nigeria. “To this end, we remain committed, along with our partners to promoting conversations that challenge the status quo, while helping further the conversations to ensure a society free from all forms of gender based violence,” the statement said.