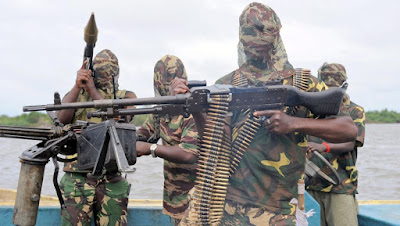 Kukoki village in the Rafi Local Government Area of Niger State was, on Tuesday, thrown into disarray when bandits held its inhabitants hostage for over three hours.

At the end of the operation, the District Head of Madaka, Alhaji Zakari Yau; his wife and the Village Head of Kukoki were kidnapped by the bandits.

Six other villagers were also whisked away by the bandits.

The secretary of the district council and a retired soldier were among the victims.

According to reports from the area, the bandits, numbering over 20, stormed the district around 10pm and started shooting indiscriminately before breaking into the houses of the villagers.

They were said to have ransacked all the houses and shops in the community and looted goods and foodstuffs.

Cattle and sheep were also rustled by the bandits, who invaded the village on about 15 motorcycles.

The incident came barely two days after 11 people were killed on Sunday in another community, Koki, in the Shiroro Local Government Area of the state when the residents were preparing to go to church.

Over 20 people were said to have sustained serious injuries from the attack, the third on the community this year.

A source in Kukoki revealed that before the arrival of security operatives after several hours, the bandits had disappeared into the bush.

While confirming the incident, the state government said it had mobilised security operatives to carry out air and land surveillance with the aim of tracking and arresting the bandits, terrorising the communities.

Governor Abubakar Bello said in a statement by his Chief Press Secretary, Mary Berje, that security agents had been directed “to fish and flush out the bandits terrorising the communities.”

Bello was quoted as saying, “The Niger State Government is working alongside the security apparatus in the state to stem the tide of pandemonium at the flashpoints so as to bring succour and peace to the affected and surrounding communities.

“The state government is aware that the bandits are crossing over from neighbouring states, such as Zamfara and Kaduna, to Allawa and Erena areas, and from Brini-Gwari adjacent the Kamuku National Park; we will do everything to stop their migration into the state.”