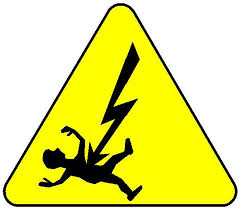 But the Minister of Interior, Ogbeni Rauf Aregbesola, yesterday, confirmed the deaths of five inmates and seven injured inmates. Several other inmates, at the center, were also seriously wounded during the explosion which jolted both inmates and workers inside the center. Unconfirmed reports said those injured are still unconscious as doctors are battling to revive them. The inmates were electrocuted in their cells following a power surge at about 7 am. Conflicting casualties There were various accounts of how the inmates were electrocuted.

The Comptroller General of Prisons, Mr. Ja’afaru Ahmed, who spoke to newsmen over the incident, gave the number of casualties as five, while seven others were injured. However, eyewitnesses, who spoke with newsmen, said six dead bodies were removed from the center after the explosion while many of the injured were taken to an unknown hospital for treatment.

How inmates were electrocuted

one account said the deaths occurred while one of the inmates was attempting to charge a phone through a faulty charging port. The connecting cables reportedly went up in flames after a deafening explosion which nearly set the entire center on fire. However, another account said one of the live wires, abandoned after wardens carried out searches inside the cell, Sunday morning, fell on one of the beds from the ceiling and started electrocuting the inmates.

It was gathered that before the incident, early Monday morning, warders had conducted thorough searches inside the general cell on Sunday to sanitize the cell based on reports that some of the inmates have been making use of prohibited gadgets like phones, lab tops including drugs inside the cell.

Sources at the center told newsmenthat during the search, the warders ransacked the ceilings and all the nooks and crannies of the cell and in the process, many of the electrical gadgets were either destroyed or disconnected. According to the source, both the ceiling and rooftops were torn apart in their search for prohibited items in the cell and at the end of the search, they left the whole thing disorganized and disconnected.