Where is Capt Labinjo? Anxiety as navy detains officer for one year despite court orders 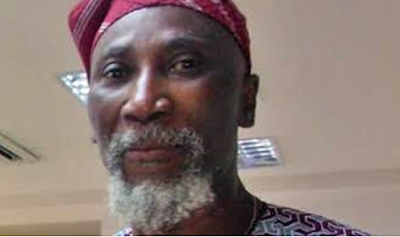 The whereabouts of Dada Labinjo, a naval officer detained by the Nigerian navy since 2018, remain unknown as family members express anxiety about his safety.

The situation of the navy captain had been raised publicly by Femi Falana, a senior advocate of Nigeria (SAN), along with that of 66 others detained by the navy without trial.

However, while the others have since been released to the Economic and Financial Crimes Commission (EFCC) and charged to court, the navy has been silent on Labinjo, despite two court orders asking the authorities to release him.

A court has again ordered that he be produced for arraignment on December 4.

Falana had in April raised the alarm over the detention of Labinjo whom he said was being held for an undisclosed offence.

Despite a magistrate court order, the navy refused to release Labinjo and others.

Following continuous pressure on the authorities by the senior lawyer, the navy had in October transferred the case files of the detainees to the Economic and Financial Crimes Commission (EFCC) for possible release or arraignment in court, but withheld that of Labinjo.

In a statement on Sunday, Falana said: “Recently, I alerted the nation of the detention of 67 people  by the Nigerian Navy for periods ranging from 6 months to two years without trial. The detaining  authorities denied the allegation and attacked me for embarrassing the Nigerian navy.

“But following my petitions to the National Human Rights Commission and President Muhammadu Buhari the detainees and their case files were handed over to the EFCC by the Nigerian Navy. Upon a review of the case files the EFCC has since arraigned 66 out of the 67 detainees at the federal high court.

“Since the 66 suspects have been admitted to bail by the Federal High Court we are compelled to call on the authorities of the Nigerian Navy to comply with the orders of the federal high court for the immediate release of Navy Captain Dada Labinjo from unlawful custody. More so,  that the trial court has ordered the Nigerian Navy to produce him in court for his arraignment on December 4, 2019.”