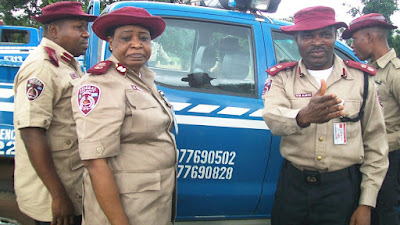 The Federal Road Safety Corps (FRSC), Lagos State Sector Command, says it has arrested 111 drivers within five days of the start of its “Operation Show Your Driver’s Licence”, which commenced on Nov. 4.

The Sector Commander, Mr Hyginus Omeje, disclosed this on Tuesday during his visit to Badagry Unit Command in Commemoration of World Remembrance Day for Road Traffic Victims/African Road Safety Day in Lagos.

News Agency of Nigeria (NAN) reports that FRSC, Lagos State Sector Command, on Oct. 30, said it would flag off “Operation Show Your Driver’s Licence” from Nov. 4, as part of efforts to compel collection of abandoned licences in its offices.

The Acting Sector Public Education Officer, DRC Olabisi Sonusi, had in a statement, quoted Omeje as saying the exercise would last for two weeks.


Omeje frowned at the attitude of driving without a valid licence, reiterating that it was the only legal document that permitted anyone to drive on Nigerian roads.

The sector commander said that the exercise would end this week, and all drivers caught without valid licence would each pay a fine of N10,000…

He said that the command had also arrested 88 drivers without valid vehicle plate numbers within the period.

Addressing the officers of the Badagry unit, the commander charged them to manage public perception very well.

According to him, if you don’t manage it well, you are gone.

“Some of us have turned to something else because of this uniform we put on.

“Even at times some of us behave as if we are tin gods in the uniform, this is wrong.

“You have to be very careful while dealing with people on the roads, you don’t know the value of the job you have until you lose it,” he warned the officer.

Omeje appealed to motorists plying Lagos-Badagry road to be extra careful because of the ongoing road rehabilitation.

The sector commander said that his visit to Badagry was to attend a stakeholder’s meeting with the Federal Controller of Works to see what we could be done to manage traffic within the axis during the period of rehabilitation.

He said that it was important that motorists plying the road cooperate with the corps and construction company so that the road rehabilitation would be completed as speedily as possible.