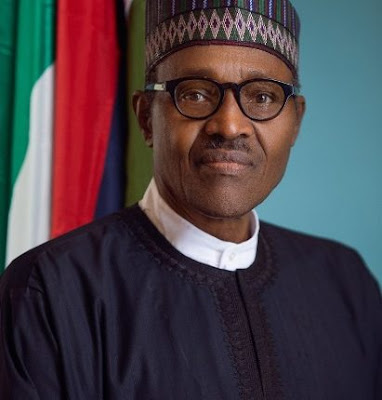 The Pan Yoruba socio-political group, Afenifere, has declared that sinister moves to ensure that President Muhammadu Buhari rules Nigeria beyond 2023 will be resisted.

Afenifere, in a communiqué after its General Assembly meeting yesterday at the residence of Pa Reuben Fasoranti in Akure, the Ondo State capital, maintained that the on-going plan by some individuals as well as the body language of President Buhari are indicators of a third term agenda.

Some individuals have been pushing for an amendment of the constitution to pave the way for the president, who is serving a second term to contest the 2023 election and perhaps have a third term.

But, Buhari, last Friday, ruled out the possibility of any amendment that will enable him seek a third term in office.


The president, who spoke at the National Executive Committee (NEC) of his party, the All Progressives Congress (APC), said: “I’m not going to make the mistake of attempting a third term.

“I’m not going to make the mistake of attempting a third-term; besides age factor, I swore by the holy book that I will go by the constitution and the constitution says only two terms are available.

“I know that I’m in my last term and I can’t afford to be reckless, I’m not going to ask for anybody’s vote.”

One of the president’s support groups, Buhari Media Organisation (BMO), which spoke in the same vein on Monday, said the decision of the president not to run for a third term in office is sacrosanct and irreversible.

The group, therefore, warned those pushing the agenda to respect Buhari and back off, assuring that the president, as a man of integrity, will keep his words.

“As a man of integrity, he will not renege on his promise and neither will he bastardise the Nigerian constitution for personal gains, no matter the pressure.

“Definitely, third term is not on the agenda of the president as it runs contrary to the oath of office he swore to.

“We want to reassure Nigerians that Buhari remains focussed in improving the lives of Nigerians by embarking on programmes and projects that will positively impact on Nigerians,” BMO’s chairman, Niyi Akinsiju, said.

However, Afenifere’s National Publicity Secretary, Yinka Odumakin, who read the group’s communiqué after yesterday’s meeting, said the fact that President Buhari has been inconsistent over the third term plan, emphasizes that the introduction of the Hate Speech Bill is an attempt to stiffen any dissenting voice over the move.

Present at the meeting were Pa Fasoranti, Odumakin, Chief Sehinde Arogbofa and Kole Omololu, among others.

The communiqué read in part: “The meeting took serious note of the rumoured plans to subvert the constitution of Nigeria to allow President Buhari to have a third term in office, which started with an APC senatorial candidate in Bauchi last year during a by-election, declaring that he was coming to the Senate to work for a third term for Buhari.

“This was followed by the president, who has a maximum of possible eight years in office, telling the country he was going to lift 100 million Nigerians out of poverty in 10 years.

“To douse the tension the rumoured plot is generating, the president made a denial a few days ago, which we took with a pinch of salt because it is not the first time politicians would pursue what they are denying in Nigeria, swearing with Allah/God.

“We have not forgotten that General Buhari told this country in 2011 that he would do only one term if he became president. He is now on a second term. He also promised Nigerians in 2015 that he would not have the office of the First Lady as president. He was mute when his wife issued an order that she must be addressed as First Lady and he has gone ahead to appoint six aides for the office.

“Meeting also observed that the reason given for the president for not thinking of a third term is the constitutional limit of two terms without talking about what he would do if that hindrance was removed.

“With the National Assembly in the pocket, the only hurdle left to change that provision would be two-thirds of Houses of Assembly and we have seen the president holding a meeting with 36 speakers.

“And shortly after this meeting, an APC member in Ebonyi State approached a Federal High Court to compel the National Assembly to remove the constitutional impediments against third term for president and governors.

“We have seen this fire before for this smoke not to be strange to us. Afenifere, therefore, calls on Nigerians to be vigilant and thwart any attempt to take the country for a ride once again.

“We advise the president to use his last term in office to create legacies that will place him on the good pages of history, including setting Nigeria on a federal path that will allow the constituent units of Nigeria to a developed and maximized path instead of pursuing any ruinous agenda.”

On the Hate Speech Bill currently being debated at the Senate, Afenifere described it as a breach of the Nigerian constitution, which clearly spelt out freedom of speech.

The group said: “Meeting was miffed that in the midst of all the challenges facing Nigerians, the Senate would be concerned with a law to hang people for exercising their freedom of speech and airing views those in power may not like.

“The attempt to take away the freedom of expression earned through the sweat and blood of patriots is not only wicked, but portrays us as a barbaric polity that operates by tenets of the jungle.

“Meeting called on Nigerians not to succumb to this totalitarian agenda. All countries that cherish freedom of speech are called upon to shut their borders against all senators who have spoken in favour of the bill to protect the right of man to air his view without prejudice to the laws of libel.”

Meanwhile, Afenifere berated the Nigeria Police for failing to resolve the murder of daughter of its leader, Pa Fasoranti, Mrs. Funke Olakunri.

According to the group, “the police have not found any clue about the perpetrators of the dastardly act and have not given any brief to the family.

“We are left with no option than to conclude at this stage that the death of Mrs. Olakunri is a political assassination given the nonchalant attitude of the police. This widespread disregard for the sanctity of human life is worrisome as we saw even women dancing all over Kogi singing “ta ta ta ta” during the recent election with people’s lives wasted with impunity.

“The dastardly act of burning to death of Mrs. Salome Abuh, even after that declaration of a winner, attests to the promotion of culture of violence. Meeting insisted that any country that fails to get the perpetrators of these murders and their kind to face the law has its hands soaked in blood with its consequences.”