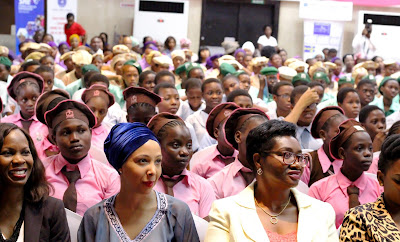 The Christian Association of Nigeria (CAN) has warned women to avoid dressing in revealing cloths, saying indecent dressing invites rapists.

CAN Chairman North Central, Rev. Israel Akanji who made the comment urged pastors to come up tough against indecent dressing.

He stated this in Abuja, at a summit organised by the Women’s Wing of Christian Council of Nigeria (WOWICCN) in the Federal Capital Territory (FCT) on the elimination of violence against women and children. He said “parents must warn their children.

Some children dress in such a way that they appear as if they are inviting rapists to their lives. They are almost unclad. They expose body parts such that some people cannot control themselves.


“Please let us return to the culture of decent dressing, it may not stop rape but it will minimize it. The bible says thou shall not steal, kill and commit adultery. These are considered to be grievous sins in the bible but people who rape, I think should be considered as very serious criminals.

The problem we have in Nigeria is anonymity, people don’t want to talk when raped, parents don’t want their children to say it because they feel it will bring a bad name to their family and that is why it has continued. Assuming rape cases are reported in good time and adequate measures taken a lot of things will change.

Women under the association on their part called for death by hanging for rapists of minors. The group said that unfortunately, most women are careless with their female children most of the times, giving pedophiles the opportunity to take advantage of them

WOWICCN FCT Chairperson, Ngozi Izuogu who made the statement said women need to be educated on things that they should not permit men around them to do especially with their female children in order to prevent s3xual based violence.

“Rapist should go to jail. The government should know better but I believe that it is not good for a man to molest a child and go free.”