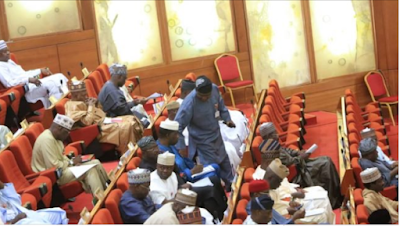 Sen. Ibrahim Oloriegbe, Chairman, Senate Committee on Health has said there is no plan to stop the Basic Healthcare Provision Fund as rumoured by some stakeholders in the sector.

Oloriegbe gave the assurance when he co-chaired a panel on, ‘’Innovative Financing for Non-Communicable Diseases in Nigeria- Setting Up of Catastrophic Health Fund’’ at the ongoing 3rd Annual Legislative Summit on Health in Abuja.

“ The executive proposal for 2020 budget has N44.5 billion for Basic Healthcare Provision Fund but our proposal to Committee on Appropriation is to make it N55 billion.

The lawmaker said legislators had to look at what the constitution and the Guideline on the Basic Healthcare Provision Fund (BHCPF) stated on modality for accessing the fund to enhance proper disbursement, NAN reports.

He explained that the committee members had to consult with the stakeholders and the two health ministers on the grey areas to see that the guideline did not contravene the law.

“The guideline cannot contravene the law of the land and we are still waiting for reviewed guideline.

“What we are doing is to see that Basic Health Provision Fund work better and our function is to correct any flaw.

“I am encouraging you to get the law and the guideline online and read them.

“For instance, the five per cent we are talking about emergency, what did the law say? Section 11 and Sub Section 5 says five per cent emergency shall be spent by a committee set up by the National Council.

“But the guideline says that money will be in the Department of Hospital Services, Federal Ministry of Health,’’ he added.

He said that N27.5 billion had been approved for disbursement and the money was still in the Central Bank of Nigeria (CBN)

“Once we have the draft, we will call National Council, that is what the law says. This is our position on Basic Healthcare Provision Fund.

“ National Assembly didn’t stop it and we want it to be efficient, effective and in line with the law,’’ he said.

He explained further that the Federal Government provision for healthcare was supposed to be the tertiary care, adding that most of the money was in the recurrent budget.