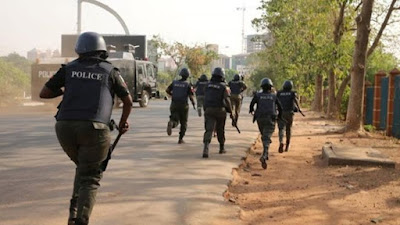 The Nigeria Police Force in Ondo State has called on the public to give useful information to the command that could lead to the rescue of a one-year-old boy, Kolawole Gold, who went missing in a church in Akure.

Gold Kolawola was kidnapped at the popular church, Sotitobire Miracle Centre after his mother took him to the church’s children department.

Since the incident happened, the family has been pointing accusing finger at Prophet Alfa for allegedly being behind the mysterious disappearance of the boy.

Mr Femi Joseph, the Police Public Relations Officer (PPRO) made the call in a statement on Thursday in Akure.

According to the PPRO, the command has since launched an investigation into the incident.

PPRO Joseph urges Nigerians with any useful information to call helplines made available in the statement below.

The statement read: “The Ondo State Police Command wishes to inform the general public, especially the good people of Ondo State, about the sudden and unfortunate disappearance of a little boy by name Kolawole Gold.

“Gold was last seen in a church programme holding at Sotitobire Church, Oshinle Quarters Akure with his parents, Mr and Mrs Kolawole, on Nov. 10 at about 11.30 a.m.

“The boy who is one-year-old and light-skinned, can speak and understand Yoruba and English languages.