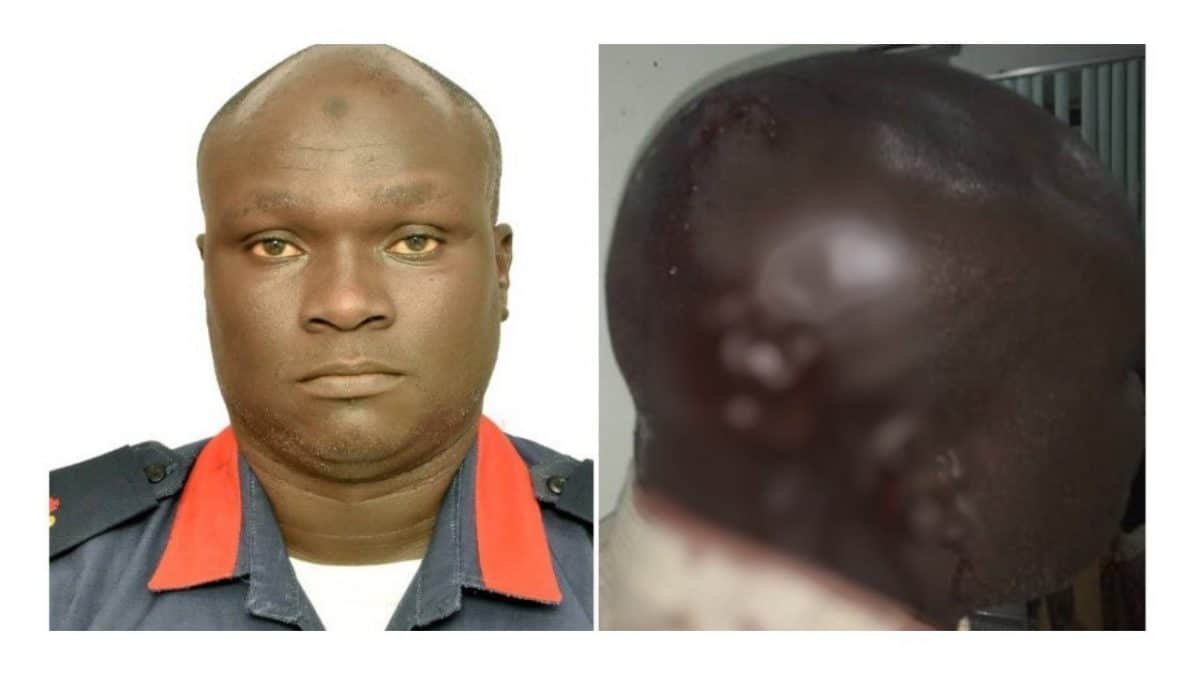 The son of the Shehu of Borno, Kashim Abubakar- Elkanemi, knocked down an officer of Nigerian Security and Civil Defence Corps (NSCDC) at a car race in Maiduguri, Borno State.

The wounded officer, Mr Usman Bakari, is the NSCDC Divisional Officer in charge of the Maiduguri metropolitan council.

PRNigeria said it obtained the disturbing footage on Tuesday.

A suspect associated with the incident was arrested by the NSCDC Borno command, while the son of Elkanemi fled the scene.

The incident occurred on November 16, at about 5:30 pm at the Ramat Square Maiduguri, when some children of Borno prominent personalities pulled a street racing stunt with dozens of expensive cars under a group known as “Yarwa Squad.”

An eyewitness said the officer was crushed by the Shehu’s son for asking them to stop the race in order to prevent an accident.

“Bakari came to beg us to stop the stunts but some youths started insulting him and calling him names. Some of the youths were saying that Maiduguri belongs to them and they have the right to do whatever they want.

“In fact, some of the youth were saying ‘who are you (NSCDC officer) to stop the Son of the Shehu from doing whatever he wants to do. This is his father’s land.’

“While the argument was going on, two vehicles sped towards the officer in an attempt to hit him, but the officer narrowly escaped.

“However, the Shehu’s Son made another turn with the vehicle and in top speed, he knocked down the security officer while other personnel narrowly escaped the attack..”

The video shows the officer being hit by a sky-blue Peugeot 406 with flew him in the air before landing on the ground, just as the vehicle fled the scene immediately afterwards.

The affected officer who was left in his pool of blood with various degrees of injuries was taken to the Maiduguri Specialist Hospital for treatment.