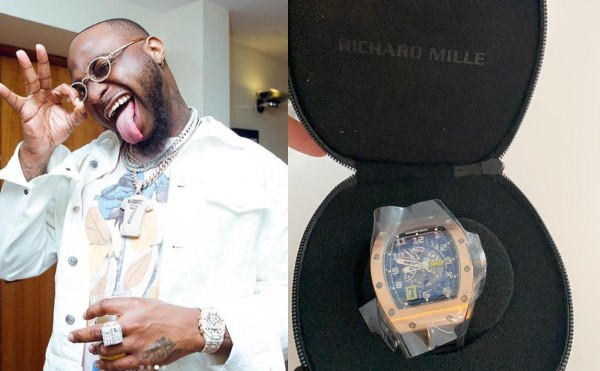 Davido just copped a new asset and it is a £119K (N55m) Richard Mille watch which he proudly showed off on Instagram.

The singer who recently held a naming ceremony for his son he recently welcomed with his fiancee Chioma, revealed that the amount spent on the watch did hurt his account.

Richard Mille is a Swiss luxury watchmaking brand founded in 2001 by Dominique Guenat and Richard Mille and based in Les Breuleux, Switzerland. The characteristic Richard Mille case shape is now the principal element of the brand's visual identity, ensuring that the watches are clearly recognisable, as are the spline screws visible on both the case and the inside of the movement. The movement is always visible in a Richard Mille watch. 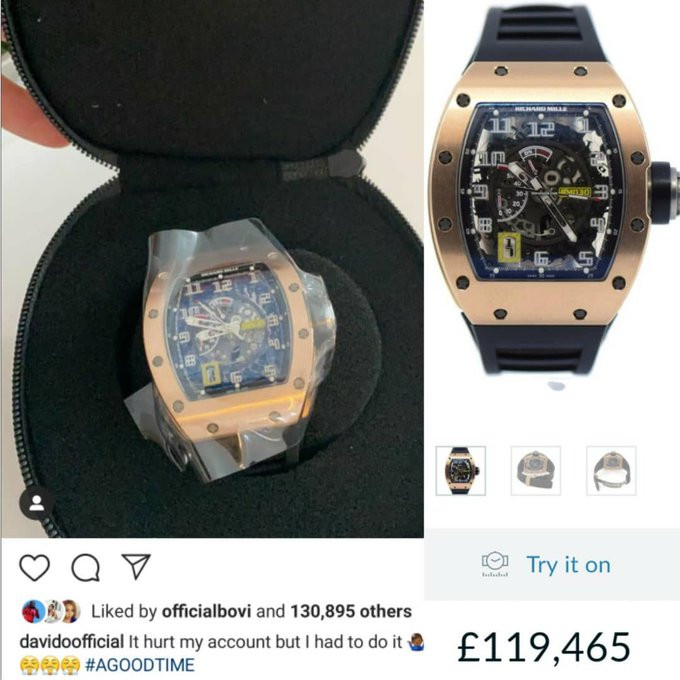