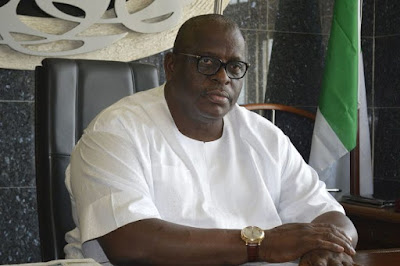 The Federal Government of Nigeria has told the Supreme Court that Prince Buruji Kashamu has been harassing it with multiple court cases in a bid to frustrate execution of the extradition request against him by the United States of America over alleged hard drug trafficking offence.

The government complained that in a desperate ploy to stop the extradition, Senator Kashamu has engaged in gross abuse of court process by instituting multiple suits in different high courts in the country on the same subject contrary to the provisions of the law.

The apex court has therefore been asked to invoke section 22 of the Supreme Court Act to take over the cases and resolve them along with the two pending appeals filed by Kashamu in Supreme Court in 2018.

In a motion on notice, the Attorney General of the Federation, AGF, applied that since the multiple cases centred on same subject and same parties, the court should apply the force of law to stop the abuse of court process and harassment.

Government recalled that two other suits filed by Kashamu in 2014 on the same extradition matter and same parties had travelled from high court to Court of Appeal and now pending before the Supreme Court for final determination.

AGF claimed in the motion that Kashamu was engaging in forum shopping against the law, desperately looking for order of court that will favour him and urged the determination of all the suits along with the substantive appeals.

Kashamu, in his opposition to the motion, however, claimed that the new cases were filed based on fresh evidence available to him that the federal government has applied for fresh extradition request from the American government against him.

Kashamu had in 2014 ignited a long drawn legal battle against government at the federal high court to thwart the request of the American government that he be extradited to the USA to answer criminal charges filed against him in respect of an alleged heroine drug importation into the country.

Ten others said to have been involved in the alleged drug offences were said to have been tried, convicted and sentenced to various prison terms while Kashamu reportedly escaped to Nigeria prompting the extradition request for him.

The Court of Appeal in Lagos had in May last year upheld the appeal filed by the AGF and dismissed the two judgments of high court granted in favor of Kashamu prompting his movement to the Supreme Court.

In the pending main appeal, he had in his notice of appeal to the Supreme Court complained that the Court of Appeal erred in law by dismissing the two judgments of the Federal High Court which barred Federal Government from extraditing him to America.

The ex-senator is praying the Apex Court to set aside the decision of the Court of Appeal as they affected him.

But the government, through the AGF, had joined issues with him with a counter prayer that the Supreme Court should uphold the judgment of the Court of Appeal which cleared coast for his extradition.

The AGF claimed that the Appeal Court was right in dismissing the two judgments of the High Court because they were based on hearsay evidence of Kashamu before the court.

The AGF urged the Supreme Court to allow the judgment of the Court of Appeal to enable the federal government extradite the Senator to USA to prove his innocence or otherwise in the hard drug trafficking criminal charges filed against him by the American government since 2015 when he was alleged to have escaped to Nigeria.