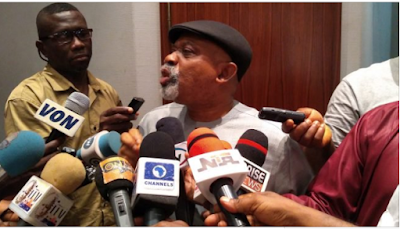 The Federal Government is committed to the overall socio-economic growth and development of the nation, Dr. Chris Ngige, the Minister of Labour and Employment said on Tuesday in Abuja.

Ngige made this known when he addressed Journalists on the upcoming “Observance of the 18th National Productivity Day (NPD),” NAN reports.

He said the occasion slated for Thursday would witness Conferment of National Productivity Order of Merit (NPOM) Award on some deserving individuals and organisations.

NPD and NPOM Award are some of the flagship programmes of government designed to institutionalise productivity consciousness and excellence in service among workers and organisations by rewarding innovation, creativity and hard work among the citizenry.

The aim of the event was to stimulate healthy competition for higher productivity among individual workers and organisations.

According to him, such rewards will improve the standard of the dedication of Nigerians towards their overall living conditions.

“The purpose of this news briefing is to adequately mobilise all Nigerians from all walks of life to fully appreciate and participate in the programme in view of its critical role to our social and economic development.

“The government is therefore conscious of the critical place of productivity in the realisation of the next level Agenda, as no nation can be self-reliant and competitive in the international market without productivity improvement in all its economic sector.

“ Since inception of this administration, plans have been focused on restoring growth, investing in our people and building a competitive economy, “ he said.

Ngige said the decision of the government to observe NPD every year was predicated on the need to stimulate productivity consciousness and reward innovation, creativity and hard work among Nigerians.

He listed objectives of the NPD to include building and encouraging spirit of entrepreneurship and self-reliance; identifying and rewarding the most productive workers and organisations in both public and private sectors of the economy.

“ Also, to institutionalise productivity consciousness and excellence in service among workers and organisations in both public and private sectors in Nigeria, emphasising hard-work, high performance, efficiency, discipline, dedication, humility and patriotism.

According to him, the theme of 2019 National Productivity Day is “Productivity, National Re-Engineering, Security and Growth.