‘Members who worked against PDP in Bayelsa should be punished’ 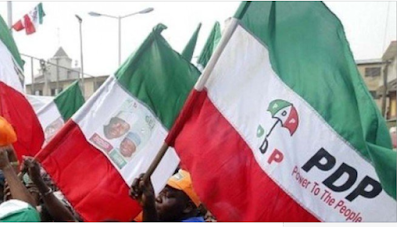 Aminu Yakudima, a foundation member of the Peoples Democratic Party (PDP) from the north, says the party should punish those who worked against its interest in Bayelsa state.

David Lyon of the All Progressives Congress (APC) emerged winner in the election with 352,552 votes to defeat Douye Diri, candidate of the PDP, who polled 143,172 votes.

The APC’s victory broke the 20-year reign of the PDP in the state.

“Some people worked against the interest of the PDP, therefore, the national leadership should investigate and discipline them to serve as deterrent to others,” Yakudima said.


“Those found guilty should be suspended or sanctioned in line with the provisions of the PDP constitution. By and large, there was this issue of persistent thuggery but also, there was a problem within the PDP.”

According to Daily Trust, ex-President Goodluck Jonathan is one of those who may be suspended for the PDP’s failure in the state because some of the party’s leaders believe that his indifference gave the APC an easy ride to power.

The victory of APC in Ogbia local government, where Jonathan hails from, with over 40,000 votes heightened suspicion on the role of the former president in the PDP’s defeat.

The former president’s hosting of two APC governors in Otuoke; the visit by Lyon and other APC leaders in the state; his non-support for the PDP candidate during the primary election; his non-attendance of the PDP grand rally; his visit to Buhari at the presidential villa, and the prayers made by his mother in support of Lyon have fuelled the speculations.

“The National Working Committee (NWC) will meet soon to conduct a post-mortem on the elections in Kogi and Bayelsa states,” he said.

Sam Nkire, a former member of the PDP board of trustees (BoT), blamed the party’s loss on Seriake Dickson, governor of the state.

“I blame it on greed on the part of Governor Dickson and I think it should be a lesson to other governors and god-fathers,” he said.

“The governor singlehandedly chose an unpopular candidate to come from the Senate to become governor while he goes to the Senate himself, and it was against the wish of the people.

“He should have learnt from other god-fathers who kissed the dust recently. I have no cry for him.”

If Jonathan is found guilty of engaging in any form of anti-party activity, he is liable to any or a combination of penalties such as reprimand, censure, fine, suspension with a fine, debarment from holding any party office, removal from office, or expulsion from the party, as provided in section 59 of the PDP Constitution 2017 (as amended).