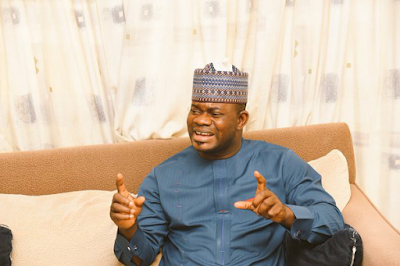 The Independent National Electoral Commission (INEC) has presented certificate of return to Gov. Yahaya Bello for emerging victorious in the Nov. 16 governorship election in Kogi State.

Speaking at the event in Lokoja on Thursday, INEC National Commissioner in charge of Kogi, Kwara and Nasarawa states, Malam Mohammed Haruna, urged Bello to see his victory as an opportunity to usher in a new beginning for the state.

He asked him to embark on fence mending, bearing in mind the fact that the election was characterised by violence.

The state Resident Electoral Commissioner, Prof. James Apam, said that the issuance of certificate of return to Bello and his deputy, Chief Edward Onoja, climaxed the process of the election held on Nov. 16.


Bello won the election by polling 406,222 votes to beat 24 other candidates, including his closest rival, Mr Musa Wada of the Peoples Democratic Party, who scored 189,704 votes.

Speaking shortly after receiving his certificate, Bello commiserated with relations and friends of those who died during the wide spread violence that characterised the election.

He promised to work with police and other security agencies to identify the perpetrators of the violence and make them to face justice.

Bello promised to use his second term in office to work more for the people of the state, especially in the areas of infrastructural and human development.

The governor also commended the INEC, police and other security agencies for their efforts before, during and after the election.