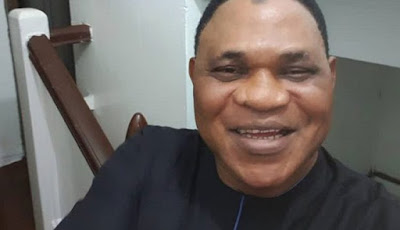 Mr Musa Wada, the Peoples’ Democratic Party (PDP) Governorship candidate in the Kogi Governorship Election, has cast his vote with a call to the electorate to defend their votes.

Wada and his elder brothers, former Governor Idris Wada, and Dr Ibrahim Wada, cast their votes at Odu Ward 4, Unit 001, Odu-Ogboyaga in Dekina Local Government Area of the state at about 9:15 a.m.

Speaking shortly after casting his vote, the PDP governorship candidate urged the voters to stay tight and defend their votes, saying there was an attempt by “hooligans” to disrupt the exercise in one of the polling units earlier.

On the conduct of the polls, Wada said, “It looks peaceful for now”.


“I have advised the voters to stay tight to defend their votes very well. So much security locks down. Police everywhere, this is because Anyigba is very volatile.

“So,we advised that there should be proper security even at that, there were incidences of ballot box snatching.

On his expectation, Wada said, by God’s grace he would be the winner, saying “ no matter what they do. What will be, will be”.

The Polling Officer at the polling unit, Imokhuede Daniel, told Newsmen that the election was going on smoothly with accreditation and voting going on simultaneously.

“As it stands now, the only problem we have is that at one of the polling points, we have 2015 stamp, we have complained and it will be corrected although it will not have any effect because we will countersign with today’s date, ” Daniel said.